Is 100% Fruit Juice Better Than Soda for Kids’ Teeth? 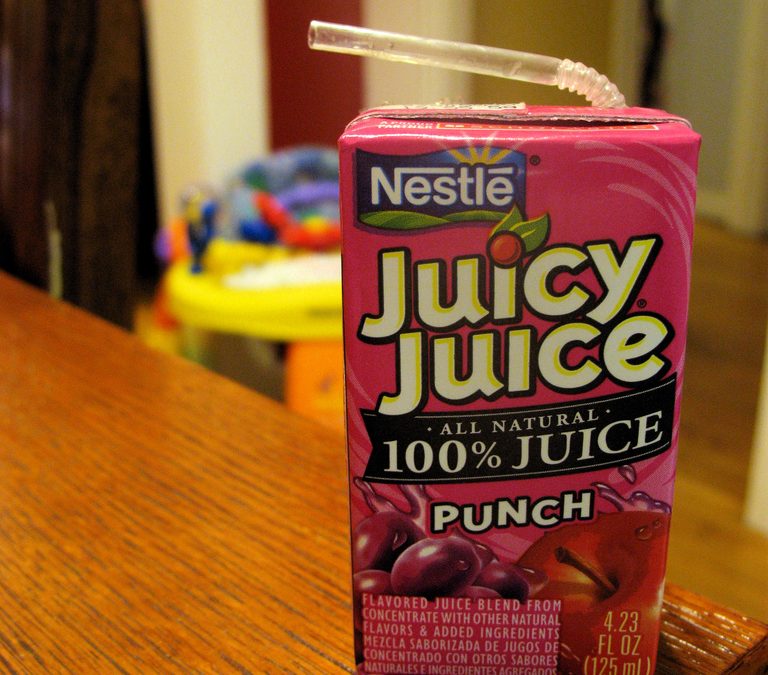 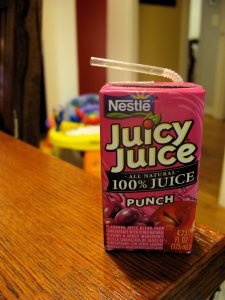 For parents with kids who love soda pop, substituting 100% fruit juice may seem like a victory. But it’s a small one.

Although the label can make it sound super healthy with claims of “no added sugar,” the fact of the matter is, even 100% fruit juice is already mostly sugar.

There’s about as much sugar in 12 ounces of apple juice as in a can of Coke. Grape juice contains even more.

Both soda and juice are similarly acidic, which would lead you to think that both would be equally bad for a child’s teeth. So it was a bit surprising to see a recent study in the Journal of the American Dental Association (JADA) which found “no association between intake of 100 percent fruit juice and early childhood caries.” (“Caries” is the clinical term for cavities.)

What’s more, as coverage in Forbes described it,

the researchers didn’t find any differences in juice intake among children in poverty (below the federal poverty guidelines) and those in higher economic groups (at or above 300% federal poverty level), but those in the middle drank slightly less fruit juice. The authors also didn’t find any differences in consumption based on sex or race/ethnicity.

And the researchers found no link between 100% juice consumption and caries. Even in looking at how much children drank, those drinking more than 6 ounces a day (about 39% of the kids) had no more dental caries than those drinking no juice or less than 6 ounces.

Based on these findings, the researchers recommended that dentists educate parents about the “low risk” connection between fruit juice and caries. Still, it’s not “let them drink all they want.” Six ounces is the max – half of what the average preschooler usually drinks.

Considering our innate preference for sweet, it’s no wonder most all kids enjoy drinking juice – more so than eating the whole fruit. But a little goes a long way. (If your child were to eat the amount of apples, say, that it takes to make 6 ounces of juice, they’d have to eat about a pound of them!)

The JADA study recommendations are in line with those of the American Academy of Pediatrics, which further recommends no juice at all between meals – water only, as well as fostering healthy eating patterns.

That might include serving fresh fruit at meals or as snacks to help teach children that juice is only a sometimes drink, but whole fruits are necessity.