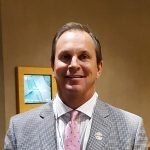 “Dr. Mike” received his dental degree from the University of Missouri-Kansas City in 1983. About 10 years later, he made his practice mercury-free – the first step on the unique journey toward developing his holistic, biologic practice in St. Louis.

Understanding the dynamic relationship between oral and whole body health, and how nutrition lays the foundation, Dr. Mike focused much of his continuing education toward earning his certification in clinical nutrition from the International & American Academy of Clinical Nutrition.

Dr. Mike is a Fellow of the International Academy of Oral Medicine & Toxicology – an organization he has served as president, nutritional chair, and a member of various committees. He currently sits on the IAOMT’s board of directors. 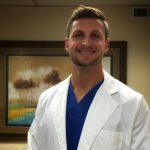 While in dental school, Dr. Michael became active in the IAOMT’s student program and served as student liaison during his third and fourth years.

Working in his father’s office from his high school years on, Dr. Michael saw first hand the difference that a whole body approach to dentistry can make. “I had many conversations with my dad through dental school,” he says, “talking about his beliefs and what they were teaching in dental school. Through these conversations and my own research, I came to my own conclusion about how dentistry as a whole needs to understand the mechanical aspect of teeth but also consider the impact that procedures can have on the entire body.”

Outside the office, Dr. Michael and his fiance Samantha enjoy being outdoors, going on hikes and finding hidden food and brewery gems. And both are big fans of the Blues and Mizzou!