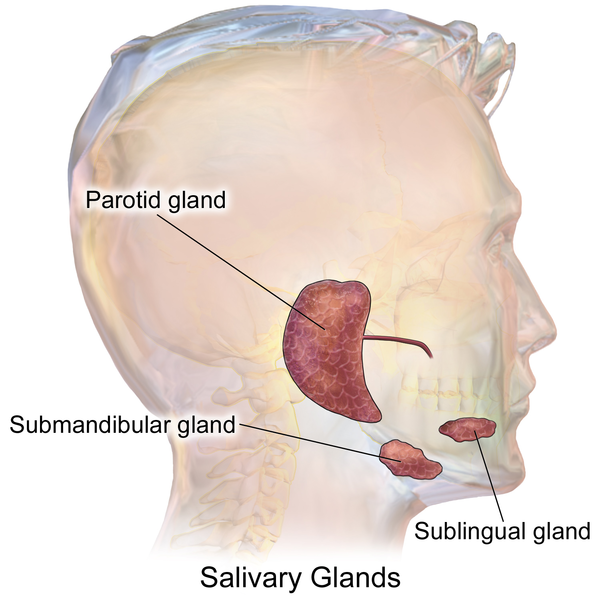 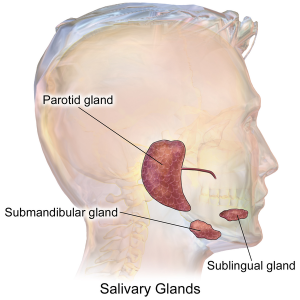 It’s the largest of your salivary glands, and there’s one on each side of your mouth. They’re on the insides of your cheeks, just in front of your ears.

That makes them particularly vulnerable to cellphone radiation.

Through the years, a fair amount of research has been done on the role radio frequencies and modulations (RF-EMF) may play in triggering a variety of cancers. While the evidence so far has been sometimes conflicting, the link itself doesn’t seem to be strongly disputed. As Christopher Portier and Wendy Leonard wrote last year in Scientific American,

Do we think cellphones cause cancer in humans? Probably. But proximity matters, as does duration, and level of exposure. Think of it this way: sitting around a campfire is a fine thing, but sitting in the flames yields a very different outcome.

Which brings us back to the parotid gland and a new review of the science. “Does cell phone use increase the chances of parotid gland tumor development?” its title asks.

Even so, the authors noted that the effect seemed “mild.” They also cautioned that both the small sample of studies and their retrospective design could throw their result into doubt.

But in all the talk about the potential health risks of cell phones, there are some key points that often get lost in the noise. For instance, are we over-focused on cancer? What are the other possible physical and energetic effects of chronic exposure to RF-EMF? How do those energetic changes impact the function of the body’s ground system and self-regulating abilities?

And is it sensible to focus solely on phones? Every day, we’re engulfed by ever increasing emissions from phones, WiFi, electronics, lighting, medical and security screening, and more – what’s come to be known as “electrosmog.” A single cellphone may pose little risk, but that’s never the sole source of RF-EMF exposure.

So maybe it’s no surprise that we’ve seen the emergence of people who are “electrosensitive,” who are suffering chronic, enigmatic health conditions that so-far have seemed to defy the diagnostics of conventional medicine. Yet often, the electrosmog is just one set of toxins in a complex dynamic of exposures via the environment, pharmaceutical use, mercury amalgam fillings, root canal teeth or other sources of focal infection, chemical emissions from consumer products, and so much more.

So much of modern chronic illness is multifactorial, with a wide swath of environmental factors coming together to compromise the body’s self-regulating abilities. (Consider: A paper published last year in the prestigious journal Nature found that 70-90% of all cancers are driven by environmental factors.) The body adapts as best it can, but ultimately, the result is dysfunction.

The sensible thing to do, then, is to make healthful choices that limit the amount of all toxic exposures – including minimizing exposures to RF-EMF and other sources of electrosmog. Here’s an extremely helpful article from Dr. Magda Havas of the University of Trent that includes good tips to help you get started.