So Coconut Oil Is the Bad Guy Now?

Late last week, the internet went temporarily crazy with headlines like this one:

Unfortunately, that’s not exactly what the paper being reported on was all about.

The paper was an advisory from the American Heart Association on dietary fats and heart disease, and it was really no different from their usual position: replace saturated fat with unsaturated fat to lower cholesterol. As noted in the AHA news release,

“This important paper reaffirms the scientific evidence that saturated fat raises LDL cholesterol, a leading cause of atherosclerosis,” said Rachel Johnson, Ph.D., R.D. a professor of nutrition at the University of Vermont, who was not an advisory author. “Furthermore, replacing saturated fat with polyunsaturated fat reduces the incidence of cardiovascular disease.”

This wasn’t a study of coconut oil but a literature review on saturated fat in general. One section of the paper deals with coconut oil specifically; likewise, two out of 22 paragraphs in the news release. 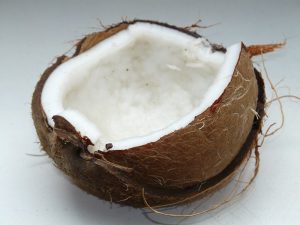 So why grab onto the coconut oil angle? Perhaps it’s because of the disjoint between public perception and the AHA party line. According to the paper, 72% of consumers rate coconut oil as a “healthy food” vs. 37% of nutritionists.

At the same time, nowhere does the new paper say that eating more saturated fats will increase your risk of cardiovascular problems.

As we’ve noted before, your body needs all kinds of fats to do its work, saturated and unsaturated alike. It also needs cholesterol – most of which is made by your liver, not acquired through what you eat.

There are also healthful uses for coconut oil besides cooking with it. Topically, for instance, it can be extremely beneficial for skin. And evidence shows that oil pulling with the fat can be effective in supporting good oral health.

Rather than get caught up in the blather about which foods are “healthy” and which aren’t, we’d do better to just keep our focus on eating a wide variety of real foods – and changing our attitude toward food, understanding that it’s so much more than mere fuel or a source of nutrients, but the stuff of our physical, mental, and spiritual sustenance alike.

Eat real food, whole food, including lots of vegetables and other plant foods, and minimal added sugars and “healthy” tends to take care of itself a lot.