How Dentistry Can Be Hazardous to Health 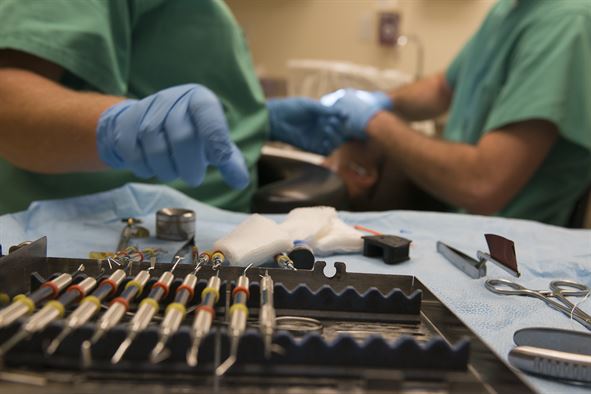 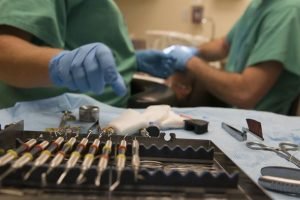 When you think about dangerous jobs, dentistry probably doesn’t spring to mind. Yet according to a recent article over at Business Insider, four of the five most hazardous jobs involve dental workers.

Hygienists were found to have the riskiest jobs, followed by dentists, vet assistants and lab animal caretakers, dental lab techs, and dental assistants.

What makes them so risky? The article considered factors like exposure to toxins, exposure to radiation, exposure to disease, and time spent sitting (and not just sitting, but often sitting hunched over).

But perhaps the biggest risk, at least in the clinic, is one that the article doesn’t specify by name: exposure to mercury.

Even routine procedures such as polishing the teeth after cleaning can release huge amounts of mercury vapor from so-called “silver” amalgam fillings, exposing both patient and dental team alike. And even an office that markets itself as “mercury-free” may still be subjecting workers and patients to exposure to this potent neurotoxin unless they follow strict safety protocols.

As the IAOMT notes,

Scientific evidence has associated mercury with a variety of human health problems, including loss of IQ with prenatal exposure, and likewise, research on dentists, dental students, and dental workers has established that toxic harm can occur. To illustrate this point, a 2012 study from Yale University School of Medicine’s Dr. Thomas G. Duplinsky and Dr. Domenic V. Cicchetti reports a high rate of the use of prescription medication in male dentists and relates it to occupational mercury exposure:

Dentists demonstrated significantly more prescription utilization of specific illness medications than did Controls, for the following disease categories: Neuropsychological, Neurological, Respiratory, and Cardiovascular. The greater majority of pediatric and general practice dentists still use mercury amalgam restorations. This places them at greater risk than the general population for those disorders, as well as threatening the future health of America’s children and adults who continue to receive silver amalgam restorations.

Our office is both mercury-free and mercury-safe. (You can learn more about our mercury-safe practices here.) This not only benefits our patients, dentists, and staff. It protects our planet, as well.

For you don’t need to have amalgam fillings to be affected by dental mercury. It impacts us all. The World Health Organization considers mercury “one of the top ten chemicals or groups of chemicals of major public health concern” that can lead to “toxic effects on the nervous, digestive and immune systems, and on lungs, kidneys, skin and eyes.”

According to the EPA, “dental offices are the single largest source of mercury at sewage treatment plants.”

From sewers, amalgam waste goes to publicly-owned treatment works (POTWs) (sewage treatment plants). POTWs have around a 90% efficiency rate of removing amalgam from wastewaters. Once removed, the amalgam waste becomes part of the POTW’s sewage sludge, which is then disposed:

To prevent this, we take additional safety measures, including the proper disposal of mercury waste and the use of amalgam separators to keep mercury from entering the sewage lines.

While there are still other routes dental mercury can take into our environment – crematoria emissions, for instance, and human excrement – practicing mercury-safe dentistry goes a long, long way toward reducing mercury pollution.