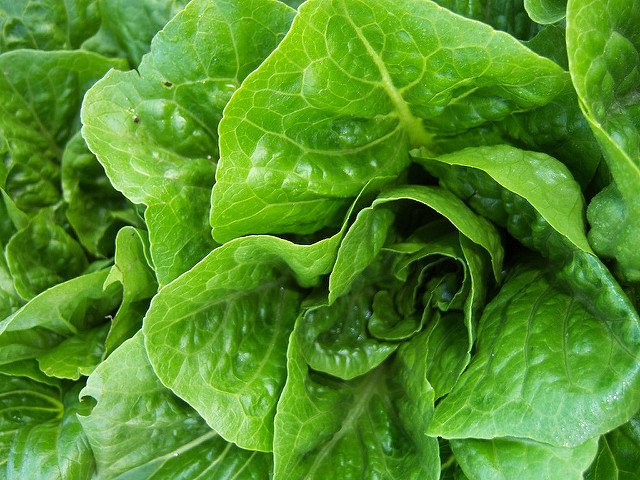 It’s no surprise that consumer confidence in leafy greens has plummeted since E. coli traced to romaine lettuce sickened hundreds of individuals, put 89 in the hospital, and killed five. What’s unfortunate is that it may be scaring folks away from any kind of leafy greens.

Romaine sales are down nearly 45% from a year ago, and overall lettuce sales are down 27%… [and] there is uncertainty among growers and retailers as to when sales will get back to pre-outbreak levels.

There have been other large outbreaks of bacterial contamination of leafy vegetables, such as the 2016 Listeria outbreak linked to Dole packaged salads and E. coli outbreaks in 2013 and 2012, linked to ready-made salads and bagged greens respectively.

According to one CDC analysis, contaminated leafy greens were responsible for 22% of all food borne illnesses between 1998 and 2008.

But it’s important not to let these situations move you to avoid leafy greens all together. They pack far too big of a nutritional punch.

Salad greens, kale and spinach are rich in vitamins A, C, E and K, and broccoli, bok choy and mustard are also rich in many of the B-vitamins. These vegetables also contain an abundance of carotenoids-antioxidants that protect cells and play roles in blocking the early stages of cancer. They also contain high levels of fiber, iron, magnesium, potassium, and calcium. Furthermore, greens have very little carbohydrates, sodium, and cholesterol.

And that’s not to mention less common greens such as mustard, collard, turnip, dandelion, and more.

So what can you do to reap the benefits while still making sure that your own food supply is safe?

Nearly all of these large outbreaks have involved leafy greens processed by big producers. Buying whole heads of lettuce and non-bagged cut greens is good. Getting them from a smaller local farmer is even better. Some stores stock produce from local producers, or you could buy them directly at a local farmer’s market or through shares in a CSA. (You can find St. Louis area CSAs here and farmers’ markets here.)

You could even grow them yourself. All you need is a spot of good soil and ample sunlight. Leafy greens are some of the most productive vegetables, especially since you generally eat the whole plant rather than just part of it. It doesn’t take a lot to grow a lot of food.

If you don’t have much space for a garden, you could invest in a hydroponic system to grow your own. And if space is really tight, growing towers, using either soil or hydroponics, are available that allow a lot of vegetables to grow within a few square feet.

Wherever you get your greens, safe food handling matters. (This is another reason why it’s best to buy whole instead of pre-washed, pre-cut, packaged greens. The latter have been handled more, increasing the risk of contamination.)

Avoid leafy greens that are brown, wilted, or bruised. Once you get them home, put them in the fridge as soon as possible and store them away from other types of food that may cross-contaminate them.

Don’t wash them before you store them, as this can promote bacterial growth. Instead, keep them as dry as possible, wrapping them in paper towels if necessary to absorb extra moisture. Wash them only right before you are going to use them, being sure to inspect them again and cut away any wilted, browned, or bruised parts.

With just a bit of extra care, you can get the numerous health benefits of leafy green vegetables while reducing the risk of foodborne illness.