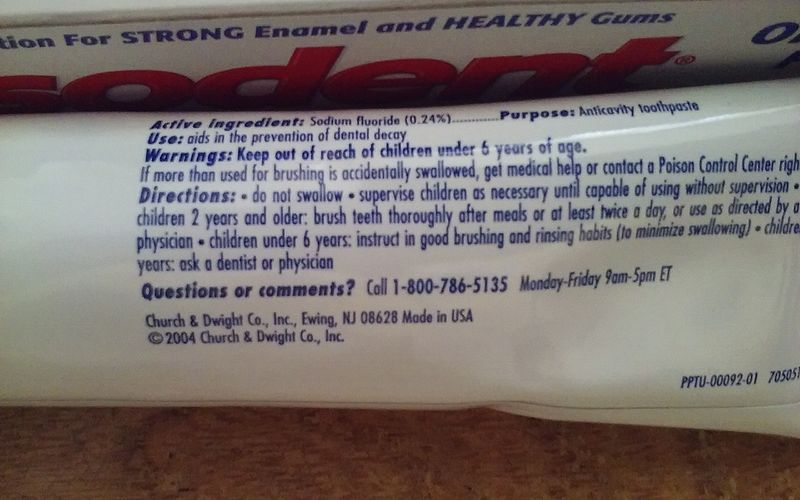 So if fluoridation isn’t all that, what about applying fluoride directly to the teeth? Are the benefits worth the risk? 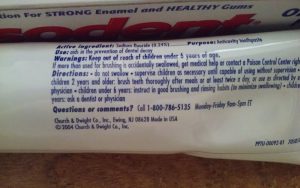 The idea that topical fluoride is safer and more effective than fluoride you swallow is a common one. Hence, all the toothpastes, mouthwashes, and other home hygiene products with added fluoride, as well as the gels and varnishes a dentist or hygienist may apply.

The idea is that the fluoride will convert the hydroxyapatite in tooth enamel to a different mineral, fluorapatite. This mineral isn’t naturally found in human teeth, just those of sharks and other fish, but it’s more resistant to decay.

At first glance, topical fluoride seems like a good solution, since it’s not intended to be swallowed. Any excess is to be spit or rinsed out. But what really happens is another matter.

For one, the fluoride concentration in these products – especially those used in dental offices – is often quite high. Even accidentally swallowing them a few times can lead to significant dosages, particularly in children, who are especially likely to swallow toothpaste.

It’s also likely that some fluoride is absorbed by the soft tissues surrounding and supporting the teeth. Again, the high fluoride levels can mean a significant amount of this toxin circulating to other areas of the body where it may do harm.

Yet even as topical fluoride may be the safer option compared to ingested fluoride, recent research suggests that it may not actually be quite as effective as claimed. We mentioned a couple of these studies in passing last week. Let’s take a closer look.

The first, published last spring in the Journal of Dental Research, looked at the impact of fluoride among a group of children in Northern Ireland. All were decay-free at the start of the study and randomly placed into groups. The test group received fluoride varnish, toothbrushes, fluoride toothpaste, and advice on preventing decay. The control group received only advice.

For three years, the kids were examined every six months. By the end of the study, 39% of the control group had developed decay. So had 34% of the fluoride group. They averaged 7.2 decayed surfaces, while caries in the control group affected 9.6 surfaces.

Such modest results led the authors to conclude,

This well-conducted trial failed to demonstrate that the intervention kept children caries free, but there was evidence that once children get caries, it slowed down its progression.

More recently, a study in the International Journal of Paediatric Dentistry looked at the effects of fluoride varnish on young children who had previously had tooth decay and were at risk for developing it again.

Not only did the researchers find that the intensive fluoride treatment failed to prevent decay on the front teeth; decay on the back teeth actually increased.

Clearly, fluoride is no silver bullet. It certainly can’t do what proper diet, good hygiene, and an overall healthful lifestyle can do.