Does Everyone Need Their Wisdom Teeth Removed? 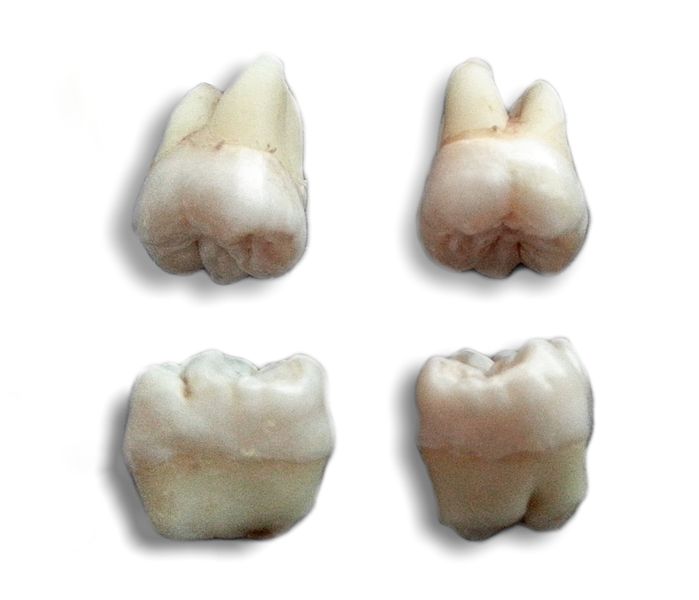 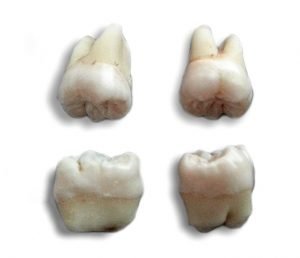 Getting your wisdom teeth removed seems almost like a rite of passage to adulthood. Those third molars usually start pushing through in the late teens – with some stress on the word “usually.” A good number of people don’t have the full set of four, if any at all. (For why that might be, check out this fascinating post over at LiveScience.)

There can be good reasons to get wisdom teeth extracted – for instance, if there is infection, gum disease, cysts or other pathology, or if they’re causing pain.

When they don’t erupt completely, removal also makes sense. Such “impacted” teeth can push others out of alignment. They’re also harder to clean, making them more vulnerable to decay.

In many cases, third molars become impacted because the modern jaw is just too small to accommodate them. As Dr. Weston Price so clearly showed in Nutrition and Physical Degeneration, the refined sugar and white flour of the industrialized West contributes to a narrowing of the jaws. Tooth crowding is a natural result.

Yet some people who have wisdom teeth and none of these problems are still told that they should have them removed as a preventive measure.

“You might not have symptoms now, but you can’t assume it’s gonna be that way for the rest of your life,” says Dr. Ray White, an oral surgeon working at University of North Carolina. Rather than let the teeth cause problems later on, many oral surgeons remove them.

This is similar to the old practice of removing tonsils because they might get infected later. No one does that anymore, yet some would still remove perfectly healthy wisdom teeth in the event they might later cause problems. After all, young people tend to recover more quickly from surgery.

The evidence suggests, however, that watch-and-wait may be a smarter approach. Two separate Cochrane Reviews have found no evidence of benefit from removing healthy, asymptomatic wisdom teeth. The American Public Health Association opposes the practice.

The main arguments for prophylactic removal of third molars are: unpredictability of eruption; damage to adjacent teeth; harboring of pathogenic bacteria that may cause periodontal disease and may contribute to low infant birthweight and other diseases such as diabetes, cardiovascular disease and stroke; may cause crowded or crooked teeth; easier to extract and less morbidity when extracted in adolescence.

None of these contentions are sufficient to support prophylactic extraction of third molars. Unpredictability of eruption is not valid because most wisdom teeth erupt and only a small percentage of those that remain unerupted or partially erupted cause problems that warrant extraction. All periodontically diseased teeth harbor pathogenic bacteria and require treatment by general dentists, dental hygienists and periodontists, whose goal is to retain, not extract, them. Presence of third molars in conjunction with systemic diseases represents association, not causation. [emphasis added]

Getting third molars removed may not seem like a big deal since so many people do it, but it is still an invasive surgery. Every surgery has its risks. Infections, complications with anesthesia, or surgical complications, including a surgeon potentially hitting a nerve – all are possibilities. If the socket is not thoroughly disinfected, the development of “cavitations” – areas of dead, infected tissue – is likely, as the Dr. Thomas Levy and the late Hal Huggins documented in their important paper “Routine Dental Extractions Routinely Produce Cavitations.”

Surgery is serious. There are times when it’s needed. It should be a last resort. This is fundamental to the minimally invasive approach of biological dentistry.