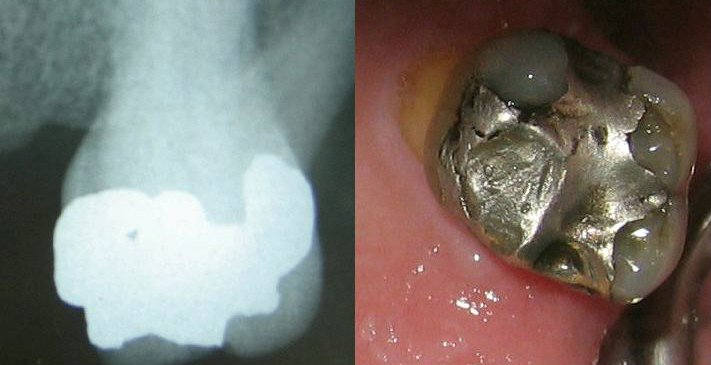 It was a long time coming, but the FDA finally issued guidelines acknowledging that “silver” mercury amalgam fillings can and do pose a risk to human health. The agency now holds that some people “may be at greater risk for potential harmful health effects of mercury vapor released from the device”:

The change in tune follows a new wealth of public input on medical devices like amalgam, followed by hearings to discuss immunological responses to amalgam and other metal-containing implants. It took a lot of work from a lot of people to create this change – a first step, we hope, toward an ultimate phase-out of this toxic and outdated material.

For as Dr. Jack Krall, executive chair of the IAOMT, noted in a news release, “Mercury shouldn’t be placed in anyone’s mouth.”

Meantime, pro-amalgam dentists say that the new guidelines are a big nothing burger. To a certain extent, they’re right. The FDA offered “guidance,” not regulation. Any dentist can go on doing exactly as they want to do.

And in their own news release on the change, the “ADA reaffirm[ed] its position that dental amalgam is a durable, safe and effective cavity-filling option.” And the onus is put on patients to talk with their dentists about amalgam – and hope they’re given all the information they need to make a truly informed decision.

Still, the new guidance IS a step forward – and an important one. It’s a step away from the idea that mercury amalgam is totally safe for everyone. We applaud that.

And then we get back to the important work of continuing our journey toward a mercury-free future.