Flossing vs. Nails on a Chalkboard? 7% Say They’d Choose the Nails 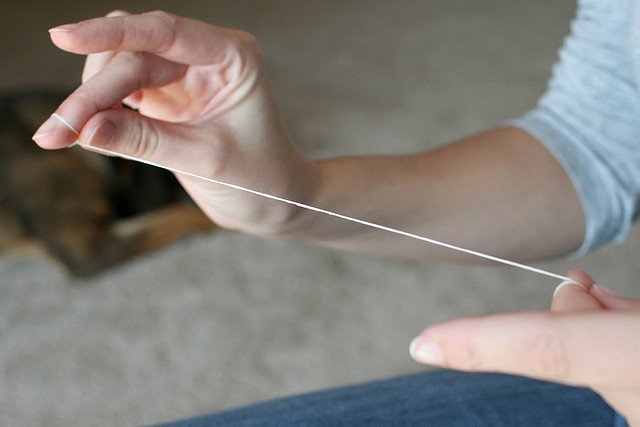 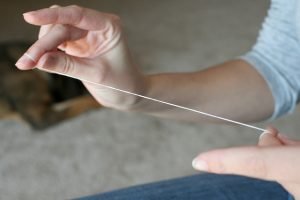 There’s one moment during a dental hygiene visit that a whole lot of people dread: the moment when the dentist or hygienist asks about your flossing habits.

Some tell the truth. Others dance around the question. Some sheepishly admit the truth and promise to start doing better. And according to a new survey, a good number flat-out lie.

Conducted for the American Academy of Periodontology, the poll found that 27% of American adults admit that they lie to their dentist about how often they floss. This led the Academy’s current president, when asked about it by NPR, to say, “Is that all?”

More than a third of people said they’d rather do an unpleasant activity – clean the toilet, sit in gridlock, do their taxes, listen to crying children or nails on a chalkboard – than floss, even as it can only take a single minute out of the 1440 we have each day to do it effectively.

But time and technique are just the start of excuses, as NPR notes.

The floss is hard to get between your teeth. It makes your gums bleed. It’s slimy. Tiny particles of food are flung onto your bathroom mirror. And there’s no immediate payoff, like the fresh-breath feeling you get from brushing your teeth.

Of course, if your gums bleed when you floss, that’s a sure sign you need to be flossing more, not less. It’s the most obvious sign of gum disease. Ramped up hygiene – usually along with nutritional improvements – is the only way to keep it from progressing to full-blown periodontitis and ultimately raising your risk of tooth loss, as well as the host of inflammatory conditions that have been linked with poor perio health. Think heart disease. Diabetes. Stroke. Cancer. Alzheimer’s. The list could (and does) go on.

But as we’ve noted before, floss isn’t the only option you’ve got for cleaning between your teeth.

Like flossing, using each of these tools effectively takes just a minute or two, yet the benefits are huge. Think no more bleeding when you brush. Think nicer breath. Think cleaner teeth. Think better overall health.