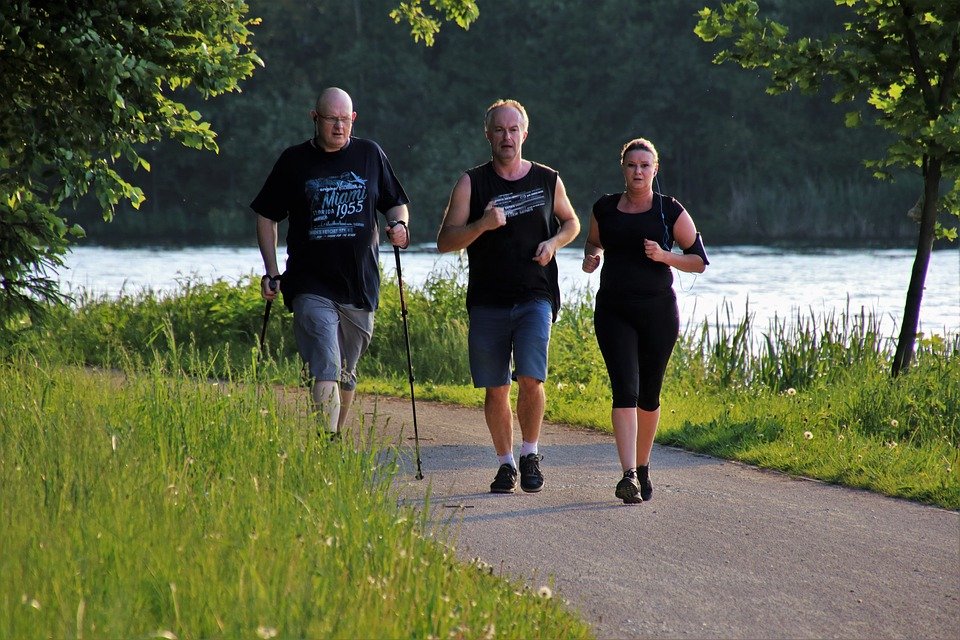 Exercise might be the last thing you think of when it comes to ways of taking care of your teeth (well, unless you’re a regular reader and remember this post), but it’s true.

Yes, exercise. Physical activity. Walking. Running. Swimming. Working out at the gym. Playing sports. Dancing. Anything that gets the body moving.

Of course, when you consider that mouth and body are connected – physically and energetically – this becomes a lot less surprising. The mouth is part of the body, after all. What helps one helps the other.

But research bears this out, as well.

A new review of the science in Frontiers in Physiology, for instance, found that the risk of severe gum disease dropped an average 13 to 16% for people who exercised.

However, that just shows that the two things – exercise and lower gum disease risk – happen together a lot. Whether one caused the other is a different plate of potatoes.

But that brings us to another study published last month, which tested an exercise intervention for its impact on periodontal health. Seventy obese men participated in the 12-week study. Fifty were assigned to the exercise group, while the remaining men were assigned to a dietary intervention.

Those in the exercise group showed remarkable improvement by the end of the study.

As for the diet group? They, too, showed reduced counts of T. denticola but no significant periodontal improvement.

Though this might seem to clash with earlier studies suggesting that dietary changes may be sufficient for reversing gum disease, there’s an important difference. The current study doesn’t appear to have controlled the composition of the diet. The earlier studies did, honing in on a low-carb, high-nutrient diet.

Now imagine what might be possible with that dietary change and increased physical activity together!

So get up. Move. Make movement – not just “exercise” but physical activity that gets you on your feet and moving about – a regular part of your day. Need some ideas on how to do that? Here are a few good tip sheets to get you started: