Good Nutrition Is the Foundation 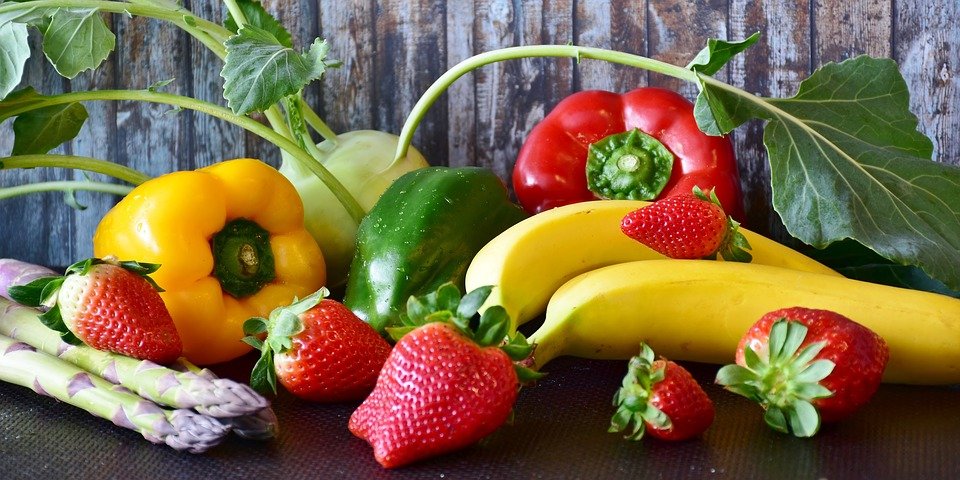 Despite studies like one of several we looked at last week, suggesting that exercise may be even better for periodontal (gum) health than improved diet, more research suggests that diet is crucial – possibly even enough to reverse gum disease on its own.

It’s a point that other recent studies have underscored, as well.

One of these, published last month in the Journal of Clinical Periodontology, looked specifically at the impact of an anti-inflammatory diet on periodontal health. Considering that gum disease is an inflammatory condition – connecting it with a range of others, from heart disease to cognitive decline to cancer – you’d expect that impact to be positive. 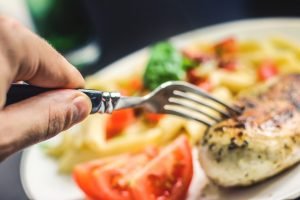 So 30 patients were randomly assigned to one of two groups. Those in the test group were put on a diet low in processed carbs and animal proteins, and rich in omega‐3 fatty acids, vitamins C and D, antioxidants, plant nitrates and fiber for one month. The other group ate as they usually did. Both were told not to clean between their teeth.

All patients had their periodontal tissues examined by a dentist who wasn’t told whether the patient was in the test or control group. Samples of oral bacteria were taken from each patient at the beginning and end of the study.

While there was no significant difference in plaque levels between the two groups, those who followed the anti-inflammatory diet showed significantly less bleeding of the gums, higher D levels, and marked weight loss. (Obesity, too, is marked by chronic inflammation.)

The reduction in gingival bleeding was about the same as would be expected with regular interdental cleaning.

Within the limitations, the study showed that gingivitis is profoundly affected by diet.

This brings to mind a research review published last fall in Dental and Medical Problems, focused on the relationship between fruit and vegetable intake and periodontal health. All together, 15 studies were analyzed, involving more than 10,000 adults between the ages of 15 and 90.

On the basis of the research it can be concluded that the consumption of at least 5 servings of [fruit and vegetables] per day may prevent the progression of periodontal diseases, especially periodontitis, and even tooth loss.

Citrus and berries were found to be particularly helpful in improving oral health, though all sorts have their benefits.

Fruit and vegetables are a good source of multiple nutrients, including vitamins A, E and C, and phytochemicals, as well as dietary fiber. All these compounds can affect periodontal health, as they function as antioxidants, antibacterial agents (inhibiting the adhesion of such pathogens as Streptococcus mutans to plaque) and enhancers of cell-mediated immunity. For example, grapefruits are among the richest dietary sources of vitamin C. Two portions of grapefruit provide about 240 mg of vitamin C. The mechanism of action of vitamin C is associated with its antioxidant properties, which help to reduce the production of reactive oxygen radicals, formed during inflammatory processes. Staudte et al. stress that adequate intake of vitamin C is crucial in collagen synthesis and in preventing excessive permeability of the gingival tissue.

Berry fruits, such as cranberries, bilberries and blueberries, are also a significant source of flavanols, anthocyanins and proanthocyanidins. These compounds inhibit the formation of biofilm on tooth surfaces, at the same time exhibiting strong antioxidant and anti-inflammatory activity. Yellow and dark green vegetables may also have beneficial effects on periodontal health, mostly because they are a source of antioxidants and may lower pH levels, thus reducing the number of pathogens. Lectins, prostaglandins and thiosulfates contained in onions have anti-inflammatory and antibacterial properties. Lupenol present in white cabbage exhibits anti-inflammatory activity. Radish is a good source of glucosinolates, which have antioxidant properties. A number of mechanisms have been proposed to explain the relationship between the intake of high-fiber food and periodontal diseases. The protective effect of fiber consists in controlling serum glucose levels and insulin resistance, since diabetes has been unequivocally confirmed as a major risk factor for periodontitis. Moreover, high-fiber foods mechanically remove plaque from tooth surfaces.

In fact, the literature is remarkably consistent on this point. As another recent review put it,

Nutrients are known to possess anti-inflammatory, antioxidant, and antimicrobial properties that maintain homeostasis. In vivo and in vitro studies have demonstrated the positive effects of nutrient intake on the maintenance and restoration of periodontal health. Vitamins, fatty acids, and probiotics are increasingly being found to have remarkable benefits and valuable properties.

Further, considering the oral-systemic connection, nutritional supplementation is encouraged as a possible adjunct therapy for the improvement of both oral and systemic health.

Indeed, good nutrition is the foundation. Without that, you’ve got the stage set for many a health problem down the road.