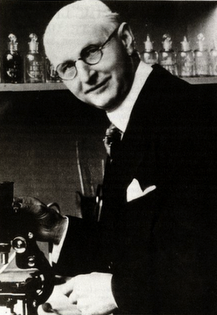 Our thanks to biological dentist Dr. Gary Verigin for letting us share this article from his office newsletter, Biosis. View the original article here. Explore other newsletter issues here.

Every week, we get calls from people who desperately want to know if we remove root canal teeth. They say that somewhere on the Web, they’ve read that having those teeth removed may relieve their symptoms of MS, Parkinson’s, Alzheimer’s or any number of other chronic, degenerative diseases.

To be honest, it can sometimes sound like they’ve just heard Chicken Little holler that the sky is crashing down. For more often than not, they just haven’t investigated the issue very thoroughly yet. They’ve read or watched video by so-called experts who may refer to George Meinig’s Root Canal Cover-Up, whether they’ve actually read the whole thing or not, let alone Weston Price’s two volume opus on dental infections and systemic disease.

Meinig, of course, cites Price’s work as the main inspiration for his own change of heart about the dental procedure he once championed. (In case you don’t know, Meinig was a founding member of the American Association of Endodontists, the professional group for root canal specialists.) Dr. Price, he writes,

discovered a wide variety of degenerative diseases to be transferable to rabbits, such as endocarditis and other heart diseases, kidney and bladder diseases, arthritis, rheumatism, mental diseases lung problems, pregnancy complications, almost any degenerative problem – and after extraction of these teeth, a large percentage of patients recovered from their illnesses.

But that’s a little bit broader than what Price actually stated in Dental Infections and the Degenerative Diseases:

I see no escape from the conclusion that many of the degenerative diseases – [such] as nephritis, myocarditis, endocarditis, arthritis, neuritis, gastric ulcer, cholecystitis, appendicitis, neurasthenia, psychoneurosis, iritis, retinitis, myositis, pancreatitis, etc., etc. – have as one of their important, and [in] MANY cases their chief causative factor, dental infections. [emphasis added]

Clearly, root canals alone are not the issue. There are other factors at work. A closer look at Price’s 25 years of research and ultimate conclusions casts further light on what those other factors are. 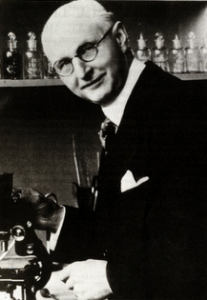 Even in his day, Price was known as a world-class dental research specialist. (He’s also known as the Charles Darwin of Nutrition, but that’s another story for another time.) He was so highly regarded by his peers that in 1915, he was appointed as the first research director of the National Dental Association – the group that would, just a few years later, change its name back to the American Dental Association (ADA).

By this time, he had already published 150 scientific articles in dental and medical journals, many of them on his research on root canal teeth. He was also well versed in the work of the noteworthy scientists on focal infection theory – William Hunter, Frank Billings, Milton Rosenau, Martin Fischer and others. From their work, Price knew that up to 33% of all diseases had at that time been linked to pre-existing dental infections.

Besides being Research Director, Price was also president and managing director of Cleveland’s Research Institute, where he presided over a team of 60 fellow scientists. His most trusted researchers and confidants were an advisory board of 18 leading researchers across multiple disciplines – microbiology, histopathology, general pathology, physiology, physiological chemistry, zoology, cardiology, serology and more. Each member was a brilliant pioneer in his own right. In addition to Billings and Rosenau, the most illustrious on this board included Dr. Charles Mayo, Dr. Thomas Forsyth, Dr. Truman Brophy, Dr. Louis Ladd, Dr. Frank Lillie and Dr. Walter Garrey.

Price jealously selected research scientists with whom he could have the closest cooperation possible, whose exclusive attention to detail would be concentrated on the work at hand, without the possibility of distraction or conflicting purpose. Their studies involved about 2000 patients and experimentation with at least 60,000 rabbits. Price – who spent his mornings engaged at the Research Institute on Euclid Street and afternoons seeing patients in his own office – expressed compassion and gratitude for both his human and animal subjects.

However, he wrote, “I wish to state that many of these rabbits have in my judgment made a far greater individual contribution and service to the welfare of humanity than hosts of human beings.”

Why so many rabbits? Price was meticulous in his research. He wanted to make sure his results were valid and avoid misinterpretation. His tests were often repeated, and he used a great variety of scientific methods to both demonstrate and accentuate the thoroughness and importance of his efforts.

His experiments famously involved implanting infected teeth under the skin of rabbits, but he needed control experiments first – something to measure outcomes against. So he began by implanting sterile coins, glass and other foreign objects. The only apparent effect was the formation of a somewhat clear, “cyst-like covering” around each object. Over the course of 100 tests, this covering was always found to be sterile.

Next, he implanted samples of healthy teeth that had been removed from orthodontic patients. Again, the response was the same: the formation of a cyst-like covering around the tooth. It was the same whether the tooth was implanted just under the skin or embedded in muscle tissue. No reaction was observed, no matter how long the teeth remained embedded. The rabbits lived full, healthy lives. 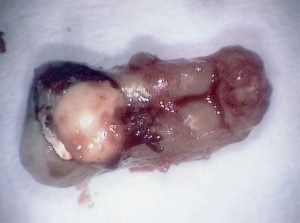 Things went very differently, however, when samples of infected teeth were implanted. Often, a fibrous capsule formed around the sample. When this didn’t happen, Price typically found deposits of inflamed exudate and/or pus around the embedded tooth, along with white blood cells and often more than 10 different strains of streptococcus. (“Exudate” is fluid containing solutes, proteins, cells or cellular debris that is discharged into nearby tissues.)

In those cases – when no capsule formed – the rabbits usually died within a day to a few weeks. Most died within just 6 days.

When a capsule did develop, the rabbits generally lived for several months to a year. Often, they showed no evidence of injury. They did develop degenerative diseases, usually of the heart or kidneys.

Price also observed that, invariably, the capsule would begin to absorb the tooth, as if to get rid of it.

Whenever one of the rabbits died, Price would retrieve the tooth, wash it with pumice, then implant it into another rabbit. Some experiments, he’d repeat the process 30 times with the same tooth. Thirty times, the lab rabbit died.

These deaths cast light on a critical point. Going into the experiments, it was assumed that the toxic load would be reduced with each cleaning and transplant. As the toxins diminished, each rabbit, Price theorized, would live longer than the ones before it. Yet all but one died within 6 days; the one that didn’t lived for 10.

Clearly, it was not the microbes themselves that caused the rabbits to die; it was their toxic byproducts fueling infection.

This was borne out by other tests, as well. For instance, in one case, Price retrieved the root canal sample from a rabbit that had died, boiled it for an hour and then let it return to room temperature before implanting it in another rabbit. Encapsulation took place within two weeks and the rabbit lived for 22 days.

In a similar experiment, he took tooth fragments that had been implanted in several rabbits in succession and autoclaved them at 60 pounds of pressure for one hour before implanting them in a rabbit. It lived 35 days. Autoclaving infected fragments at 300 pounds for two hours changed nothing. The next rabbits into which they were placed all developed encapsulations but did not survive, disproving Price’s hypothesis that sterilization would make the teeth as safe as healthy ones. Repeatedly, his tests showed that the toxins generated by the microbiota were much more lethal than any direct action of the microbes.

Price’s experiments with mice are also fascinating – and perhaps even more telling, as mice are biologically closer to humans than rabbits and have a somewhat more robust immune system. And these tests involved more than just implanting teeth and observing responses. Price nutritionally altered their diets, as well. Mice that were given a diet deficient in minerals took about 40 days, on average, to expel the infected tooth that had been embedded under their skin. Those that were given a nutritious, mineral-enriched diet needed only 6 days to accomplish the same task.

His conclusion? The environment in which the tooth is placed – the “soil,” so to speak – matters greatly.