How Turmeric Can Help with Your Oral Health 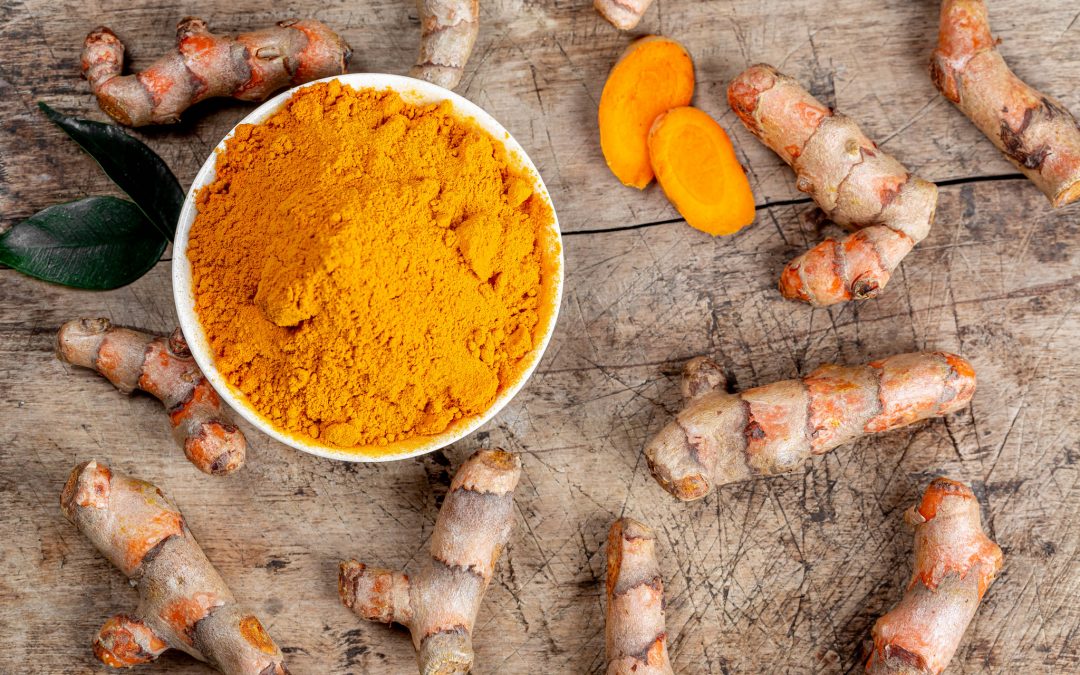 Sometimes called “Indian saffron” because of its bright yellow color, turmeric has long been known for its antimicrobial, antioxidant, and anti-inflammatory powers. In fact, it’s been used in medicine for nearly 4000 years. Science has shown that the dominant polyphenol in turmeric – curcumin –

aids in the management of oxidative and inflammatory conditions, metabolic syndrome, arthritis, anxiety, and hyperlipidemia. It may also help in the management of exercise-induced inflammation and muscle soreness, thus enhancing recovery and performance in active people. In addition, a relatively low dose of the complex can provide health benefits for people that do not have diagnosed health conditions.

And it has its oral health benefits, too, such as dental pain reduction, tooth whitening, and periodontal (gum) health support. That last benefit is the focus of a review of the science just published in the Journal of Periodontal Research.

For instance, some studies have found that inflammation was reduced when a curcumin solution was injected into their periodontal pockets after standard periodontal treatment – a procedure called scaling and root planing. In another study, a sustained-release form of curcumin was injected. Within a month, all common markers of gum disease had improved significantly.

Based on such findings, the authors conclude that curcumin may indeed

be a simple and inexpensive therapeutic strategy for periodontal disease due to its broad-spectrum antibacterial and anti-inflammatory effects.

It’s important to note, though, that these interventions all involve the direct application of curcumin, not curcumin or turmeric that’s ingested. One reason for this? Ingested curcumin isn’t very bioavailable. On its own, it’s poorly absorbed, quickly metabolized, and quickly cleared from the body. But combining it with other foods and spices can remedy this.

For example, piperine is the major active component of black pepper and, when combined in a complex with curcumin, has been shown to increase bioavailability by 2000%.

There are certainly all kinds of ways you can add turmeric to foods you like. It’s definitely one of the spices we recommend including more of in the kind of anti-inflammatory diet that can help prevent or even reverse gum disease.

But you can just as well apply it to your teeth and gums directly, as well, via a mouth rinse or toothpaste. You’ll find some recipes to make your own turmeric oral hygiene products here and many more by Googling phrases like “turmeric toothpaste recipe” or “DIY turmeric mouthwash.”

Already using turmeric or curcumin in your oral health routine? Share your experience in the comments!