Why Your Immune Response May Be Dependent on your Decision to Chew, or Not to Chew 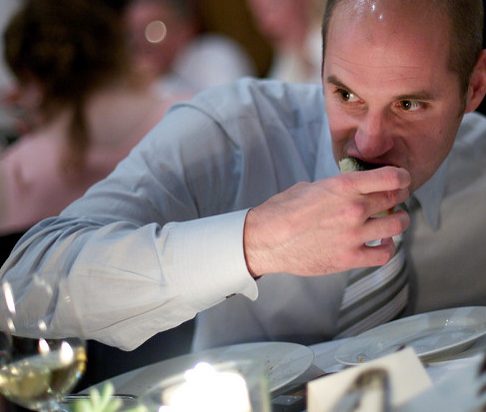 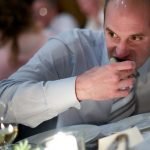 If your life demands that you gulp down your food and hit the ground running, a new study suggests that the old admonishment to “chew your food” is good advice. Turns out, the simple act of chewing your food before swallowing it can boost your immune system.

Chewing is the beginning of the digestive process. But chewing also sort of roughs up the mouth. If you think about the mechanical force needed to break down the food you eat, you can understand how all that force and the movement of food with texture against the tissue can lead to abrasion and, in most cases, minor damage to the soft tissue in the mouth.

Scientifically, there has been speculation that chewing, and the damage it can cause in the oral cavity, may actually be important for the stimulation of T helper 17 (TH17),  a quirky and largely unknown player in the adaptive immune system. The adaptive immune system is a subsystem of the overall immune system. It’s made up of highly specialized systematic cells, such as TH17, that can develop processes used to eliminate pathogens as they enter the body.

The study took speculation to certainty. Using weaning mice, researchers fed them soft food until they reached the age of 24 weeks. The release of TH17 cells was then measured in the 24-week old mice. Researchers noted a significant reduction in TH17 cell production.

They postulated that this reduction was due to the reduction of soft tissue damage that chewing more textured food could have provided. To test their theory, they increased the level of damage in the oral cavity of the mice by rubbing it with a sterile cotton applicator. This stimulation led to a corresponding increase in the production of TH17 cells.

This research indicates that the mouth can stimulate these TH17 cells not by bacteria but by the independent mechanism of chewing. It is the act of chewing that, according to lead author Dr. Joanne Konkel, “can induce a protective immune response in our gums.”

And while this defense mechanism can be seen as a strength, like any strength overplayed, it can become a weakness. It turns out excessive chewing damage can stimulate too much production of TH17. This can actually increase the risk of gum disease and could possibly predispose one to other related chronic diseases of inflammation.