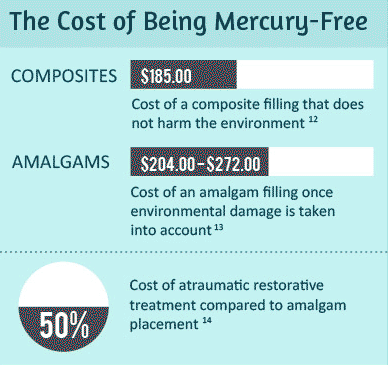 In late 2011, reports the Florida Times-Union, the FDA was finally to issue a warning against the use of dental mercury amalgam in young children, pregnant and nursing women, and other populations. They would also urge the use of alternative filling materials whenever possible.

Today, the FDA continues to insist that dental amalgam is perfectly safe – despite the opinion of its own scientific advisors; despite the science demonstrating the risks of amalgam; despite the fact that amalgam’s main component is one of the most toxic nonradioactive substances there is. Earlier this year, the agency denied three petitions seeking a ban, holding to the position it had been previously set to change.

What happened? According to the Times-Union,

The FDA proposal and its secret rejection, after a cost-benefit analysis by officials at the Department of Health and Human Services, have put the Obama administration in the awkward position of concealing for more than three years a safety communication potentially affecting millions of Americans.

Department officials concluded that the out-of-pocket costs of patients with dental insurance coverage would triple if they had to pay for alternative fillings, imposing an unfair burden on low-income Americans who might then neglect decaying teeth, said an administration official who requested anonymity because disclosure of the information was not authorized.

The price difference for patients to fill a cavity with the most popular and economical alternative, tooth-colored composite resins, can be about $100.

It’s not just that the material itself is cheaper. Composite is more technique sensitive and takes more time to place. But they are also far less hazardous to human and environmental health. In fact, once you factor in the social and environmental costs of amalgam, composite is actually the much better deal.

As the report on The Real Cost of Dental Mercury put it,

Clearly, adverse effects on the environment and society over the whole life cycle of dental amalgam–mercury production, preparation of filling materials, removal of old fillings and placement of new ones, environmental and health impacts from mercury recycling, discharges to wastewater, solid waste disposal, emissions from crematoria and releases from cemeteries – can only be sustainably avoided by phasing out amalgam as a dental restorative material and switching to mercury-free alternatives. Since high quality and cost-effective alternatives – including composites, glass ionomers and “compomers” – are readily available, this report therefore concludes, from a full cost perspective, that dental amalgam should be phased out.

Just how good is modern composite? 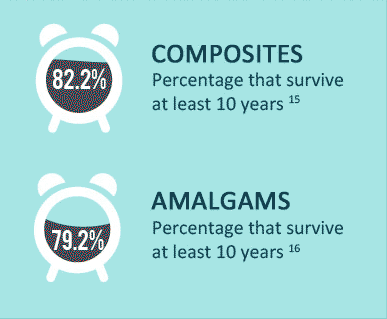 Between consistently improving materials and increasing awareness about the hazards of mercury amalgam, more and more dentists have opted to go mercury-free (if not always mercury-safe, which is both different and crucial). Currently, only about half of dentists still routinely place amalgam.

Dr. Rehme was once one of those dentists, placing amalgams just as he was taught in dental school. What changed his thinking? Back in the mid-1990s, he had begun thinking about how he could be doing more to enhance the total – not just dental – health of his patients. Then, as he tells the story,

In 1996 I happened to be paging through a health magazine, The Townsend Letter: The Examiner of Alternative Medicine. One of the articles discussed the potential dangers of mercury fillings and how they may be compromising the health of our dental patients! I must admit when I first read this, I simply could not and would not believe that there was any truth to this inflammatory article.

No one ever discussed this topic while I was in dental school. I never read about this in any of my dental journals. Nor was it a topic of discussion with my fellow colleagues. However, I was always taught to check my facts before making a decision. So the research began.

It soon became apparent that the more articles and papers I read regarding this controversial topic, the more I began to believe that there really was some truth to mercury sensitivity. Are we using materials in dentistry that are harmful to our health? Why isn’t there more information available to dentists and to the public about the potential hazards of mercury toxicity?

Even today, despite the wealth of information available to both patients and practitioners alike, most Americans still don’t realize that the main component of their “silver” fillings isn’t silver at all but mercury. Only about 1 in 10 say their dentist has informed them of this fact. Nearly two-thirds say that their dentist hasn’t given them enough information about alternatives such as composite (“white”) fillings to make informed decisions about their treatment.

That’s why this year, for the fifth year in a row, Dr. Mercola and Consumers for Dental Choice have teamed up to promote Mercury-Free Dentistry Week, to raise awareness and inform people of their options. There are still obstacles and challenges to be faced, to be sure. But with game-changers like the Minamata Convention on Mercury and the EPA’s proposed amalgam separator rule, we’re closer than ever to a mercury-free future.