Making Your Own Toothpaste at Home 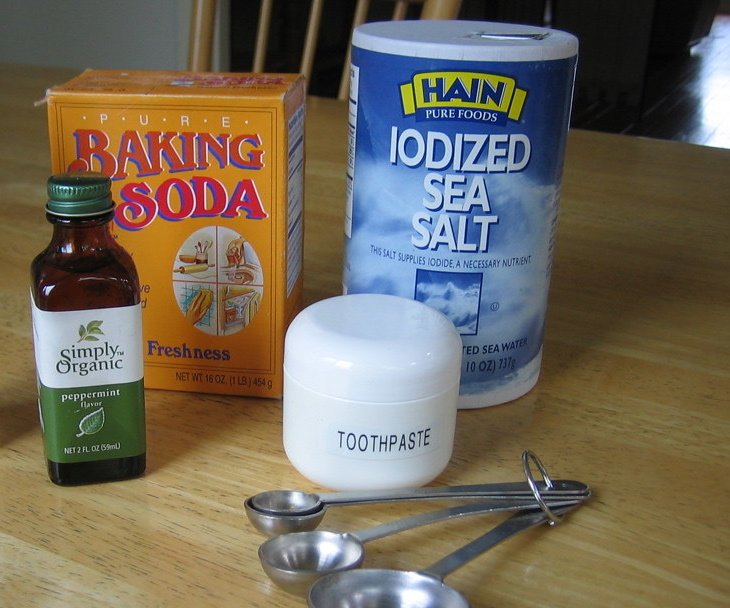 Keeping your mouth healthy isn’t just about brushing and flossing, as our patients and regular readers of this blog know. Crucially, it involves eating right, going for nutrient-dense foods while avoiding sugars, refined grains, and other fermentable carbs – foods that feed harmful microbes in your mouth and fuel inflammation throughout your body. Good sleep, exercise, and managing stress are all great supports, as well.

But oral hygiene is a part of it – and now the authors of a new paper in the BDJ are very, very worried that people like you might be making your own toothpaste to avoid problem ingredients like fluoride, triclosan, SLS, and such. That’s what they concluded after reviewing 84 toothpaste recipes from around the internet.

None of the 84 formulas analysed contained any fluoride salts, well known for their oral health benefits.

Actually, evidence suggests that while fluoride may slow the progression of decay, it doesn’t really prevent it. One study of more than 1000 children, for instance, found just a 5% difference in the rate of decay (dental caries) between those who got fluoride and those who did not: 39% of kids in the control group vs. 34% in the fluoride group.

This well-conducted trial failed to demonstrate that the intervention kept children caries free, but there was evidence that once children get caries, it slowed down its progression. [emphasis added]

Such findings have led other dental researchers to bemoan the profession’s obsession with fluoride at the expense of focus on decay’s actual cause.

Researchers mistakenly consider caries to be a multifactorial disease; they also concentrate mainly on mitigating factors, particularly fluoride. However, this is to misunderstand that the only cause of caries is dietary sugars. These provide a substrate for cariogenic oral bacteria to flourish and to generate enamel-demineralizing acids. Modifying factors such as fluoride and dental hygiene would not be needed if we tackled the single cause—sugars. [emphasis added]

And that’s not even getting into the matter of fluoride’s risks. But back to the BDJ study.

Eighty percent did not contain a foaming agent either, which is very useful in the cleaning function of toothpastes.

Actually, while toothpaste can provide a bit of grit to help break up biofilm (plaque) on the teeth and remove surface stains, most of the magic of toothbrushing comes from the mechanical action of moving the bristles over your teeth. Foaming agents like sodium lauryl sulfate aren’t necessary. More, they can actually be damaging to the soft tissues in your mouth. 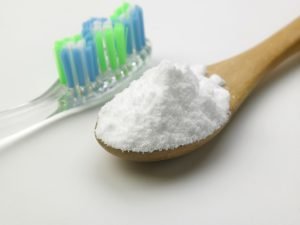 The authors also express concern with imprecise measurement of ingredients, which could “lead someone to use large quantities of an abrasive agent such as calcium carbonate.” But while we’ve certainly seen some DIY toothpastes that include such ingredients, the vast majority seem to rely on baking soda, which is far less abrasive than any commercial toothpaste. Only brushing your teeth with plain water is gentler.

In fact, baking soda alone can be just fine to clean your teeth with. Of course, if you want some flavor or want to take advantage of natural antimicrobials or nutrients that specifically support remineralization, there are lots of terrific recipes out there – often accompanied by general ingredient guides you may find helpful (here and here and here and here, for instance).

And if you don’t want to go to the trouble of making your own paste? There are lots of great options available, such as the Dental Herb Company products we sell here in the office. Not in the St. Louis area? You can also buy them directly from the manufacturer.

Top image adapted from an image by Earthworm