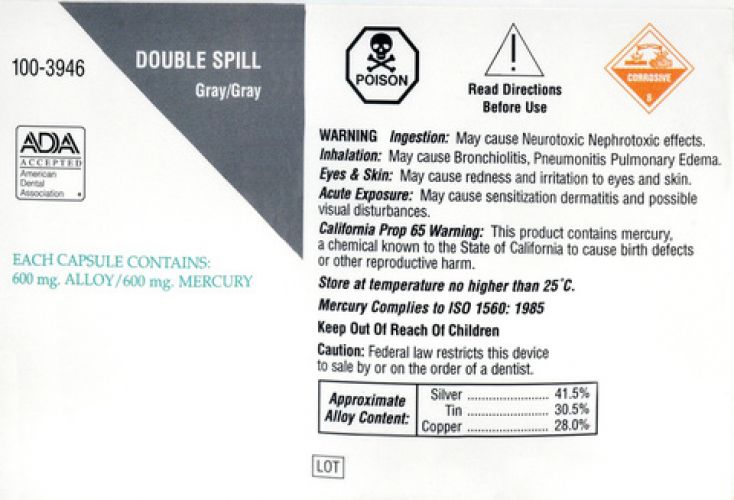 Given what we spend on medical care, it would make sense to focus first on prevention. You don’t have to pay to fix problems that don’t arise.

So why do still relatively few think twice about getting their teeth repaired with dental amalgam when its main ingredient – mercury – is a well-known neurotoxin? A product whose label comes complete with skull and crossbones?

One possibility is that they’re still commonly – and, many say, misleadingly – referred to as “silver” fillings.

Another is that amalgam is still considered the standard of care. In fact, mercury is the lowest common denominator of available dental care, and the preferred choice espoused by state dental boards, associations, administrations, and insurance companies who make dental decisions that directly impact your health and pocketbook.

Consequently – according to one survey – about half of general dentists and 80% of specialists continue to place mercury fillings in the mouths of their patients.

The Fight for a Mercury-Free Future

Around the world, many people and organizations are fighting the good fight, working to secure a mercury-free future. Here in the States, one of the leading figures is attorney Charles Brown. A Yale graduate and two term Attorney General for the state of West Virginia, “Charlie” is the President of the World Alliance for Mercury Free Dentistry and Executive Director of Consumers for Dental Choice.

Since the mid-1990s, Charlie has worked diligently to get the mercury out of dentistry, at one point going head-to-head with the “iron triangle” that insists on amalgam’s safety:

Over the years, Charlie’s legislative work has enabled dentists to speak more freely about mercury-free options, effectively abolishing the gag rule. He fought to reinstate dentists who had lost their licenses simply because they spoke out. He drafted legislation to put an end to the concealment of mercury in “silver fillings.”

And his efforts to educate the public are just as tireless.

Towards Action on the Minamata Convention

The World Alliance for Mercury Free Dentistry was a key player in making the Minamata Convention on Mercury a reality. This global treaty to reduce mercury pollution includes provisions for a a phase-down of the use of dental amalgam. More than 120 countries signed it. The US was the first to ratify it.

Yet barriers to implementation remain – most notably, the FDA, which continues to support the use of amalgam. This policy is now out of line with the position of the US government as a whole.

So the aim now is to get the agency to come into compliance with the treaty. Earlier this fall, Charlie formally petitioned the FDA on this point. Sixty environmental groups from around the globe have petitioned the US State Department. As Michael Bender of the Mercury Policy Project put it,

The FDA is speaking out of both sides of its mouth, on the one hand participating as part of the U.S. delegation supporting the amalgam phase-down, and on the other hand standing behind their 2009 rule.

Charlie Brown and others continue to push back with a pen and paper and strategic petitions. Want to help them out? It all starts here: http://www.toxicteeth.org.