Mouthwash May Raise Your Blood Pressure, Too 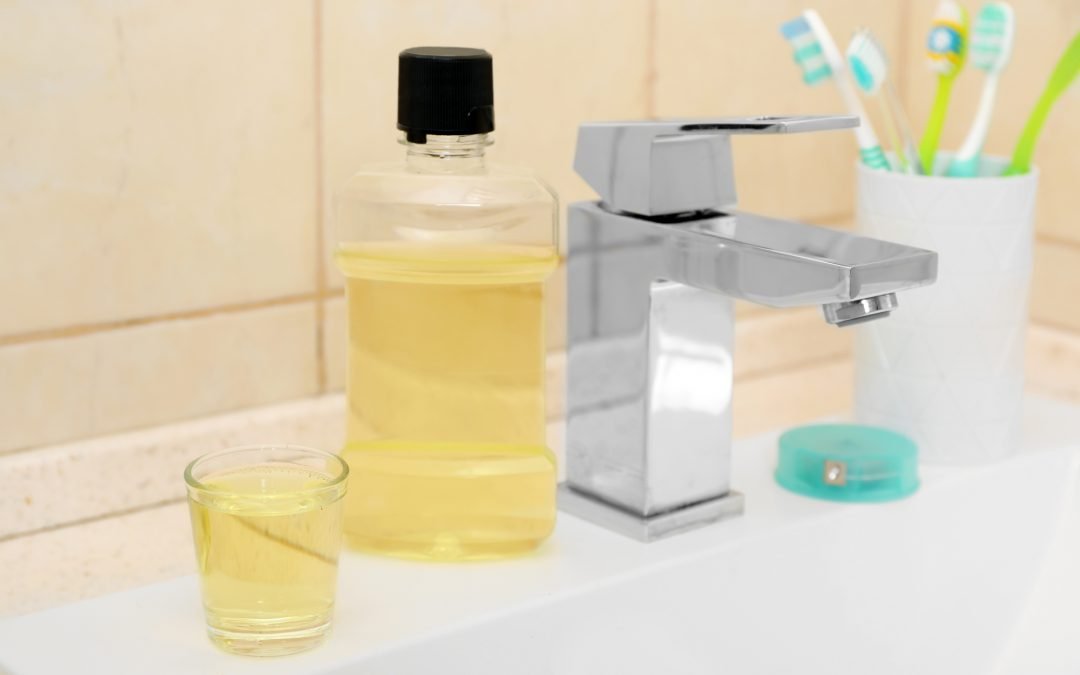 Conventional mouthwashes tend to be indiscriminate. Like many an antibiotic, they kill lots of helpful bacteria right along with the harmful ones. And that can have ripple effects throughout the body.

Consider the small but compelling study just published in Frontiers in Cellular and Infection Microbiology.

Twenty-six healthy adults completed the study. None had used antibiotics within the previous three months, and none had a history of hypertension.

For one week, they were to rinse twice daily with chlorhexidine, a powerful antibiotic mouthwash that’s often prescribed after surgery or to patients with gum disease. Afterwards, they went back to their usual oral hygiene routine.

At the start, researchers took each participant’s blood pressure and collected bacterial samples from their tongue and saliva. Additional readings and samples were taken at one week, 10 days, and two weeks.

Using 16S rRNA gene sequencing and analysis, the researchers looked for changes in both blood pressure and the composition of oral flora.

Twice-daily chlorhexidine usage was associated with a significant increase in systolic blood pressure after 1 week of use and recovery from use resulted in an enrichment in nitrate-reducing bacteria on the tongue.

In other words, blood pressure went up as the bacterial communities changed. Once participants quit the chlorhexidine, health-supporting bacteria rebounded.

Of special interest were those nitrite-reducing bacteria – bacteria that help convert dietary nitrate into nitrite, which aids in the body’s production of nitric oxide.

If you’re a regular reader of this blog, that’s a molecule you’ve heard about before. It’s involved in the function of nearly every organ system, but it’s most notable for its impact on circulation. It enlarges the blood vessels, so more blood can flow with less effort from the heart.

Hence, the drop in blood pressure.

Interestingly, the effects were more pronounced for those who regularly cleaned their tongue.

From our analysis, regular tongue cleaning results in a tongue microbiome that has a greater ability to reduce nitrite to NO, and conversely, failure to clean the tongue daily results in a microbiome composition that is less favorable to NO production, but instead appears to favor conversion of nitrite to ammonia. Introducing CHX [chlorhexidine] to patients who clean their tongue twice a day results in a significant disruption of community alpha-diversity compared to the other groups, linking bacterial community disruption to changes in blood pressure.

As one of the authors, Dr. Nathan Byran, said in a news release about the study,

We know one cannot be well without an adequate amount of NO circulating throughout the body. Yet, the very first thing over 200 million Americans do each day is use an antiseptic mouthwash, which destroys the ‘good bacteria’ that helps to create the NO. These once thought good habits may be doing more harm than good.

This is in line with earlier research, such as this study in the American Journal of Hypertension, as well as the research we blogged about a few months ago, which found an association between antiseptic mouthwash use and diabetes. There, too, the pivotal factor was nitric oxide.

But as we noted then, the good news is that mouthwash isn’t a necessity. You can do without it. If you like to use a rinse, though, there are natural options available, including probiotic options to help maintain a healthy balance of bacteria in the mouth. You can read more about them here.

A healthy balance is critical for a healthy mouth.