The Movement Toward Mercury-Free Dentistry 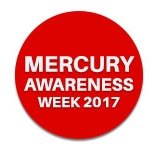 Now that the Minamata Convention on Mercury has gone into force (yay!), maybe we’ll start to see change come at a faster clip. But for now, dental students – with very few exceptions – continue to be taught to place mercury amalgam fillings, just as earlier generations were taught.

While some dental students may question that wisdom (at least in their own minds if not out loud to their professors), most start out as conventional dentists and only shift to mercury-free dentistry later, sometimes after years of research, sometimes after developing mercury toxicity themselves.

Dr. Rehme became a mercury-free dentist nearly 10 years after receiving his Doctor of Dental Surgery degree from the University of Missouri – Kansas City. Here, he describes that transformation:

This week marks the 7th annual Mercury Awareness Week, a joint campaign by Dr. Mercola and Consumers for Dental Choice to educate the public about the risks of dental mercury, the protocol for safe amalgam removal, and the healthier options that are available today.

When a person has these so-called “silver” fillings, mercury vapor is outgassed with every bite and swallow. Even something as benign as brushing your teeth can release vast amounts of vapor, which then gets inhaled and makes its way into the bloodstream. Check out this demonstration by Dr. Tom McGuire:

Drilling amalgam, too, can expose both patient and dentist to very large amounts of mercury vapor:

This is exactly why we follow strict safety protocols whenever we need to remove amalgam. (Dr. Rehme is SMART certified by the IAOMT.) Not only does this protect his patients and his team (not to mention himself); it also protects the environment – and thus, the health of us all.

While we’ve made a lot of progress toward a mercury-free future for dentistry, there’s still a long way to go. The more of us who get involved, the sooner we can make that preferred future a reality.

Learn how you can get involved.