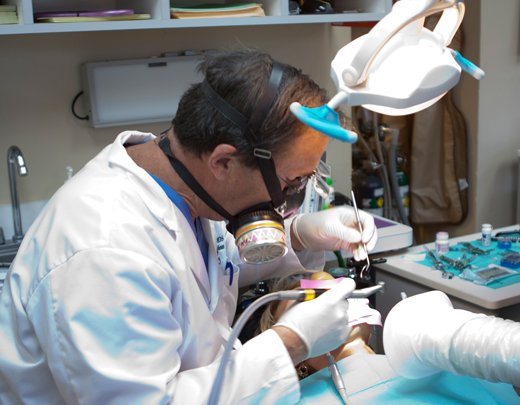 As if we needed more evidence as to why the SMART protocol should be followed when removing mercury amalgam “silver” fillings, new research in the Journal of Occupational Medicine and Toxicology provides.

For the study, researchers measured staff exposure to mercury during an amalgam removal procedure performed with a high-speed drill. They focused on mercury that could be inhaled – “respirable particulate,” in the language of the paper.

It has been claimed that the respirable particulate matter represents the largest share of daily Hg-exposure for the practicing dentist. By use of standard exposure assessment methods it was found that a dentist who removes four amalgam fillings per day will inhale 38 mg of mercury derived from amalgam particulate, by far exceeding any level considered safe.

This is exactly why SMART removal is needed, with its protections such as a low-speed drill and removing the amalgam in chunks to reduce the amount of particulate generated, high-volume air filtration, respiratory grade masks, and so on.

Without these strict precautions, there is “significant exposure” to mercury, not just for the patient and dentist, but for all in the room – not to mention the environment. Indeed, dentistry remains one of the top sources of mercury pollution.

But with them, as the researchers showed, it’s a different story. Following all the same steps as the SMART protocol, they were able to confirm that SMART results in “a dramatic decrease in mercury vapor generation.”

As current president of the IAOMT, Dr. Rehme took the opportunity to emphasize to the media the need for dentists to follow a SMART Protocol for amalgam removal in order to protect patients and staff.

For decades, our non-profit organization [IAOMT] has been concerned about this issue and collected research about amalgam fillings, all of which contain approximately 50% mercury, a known neurotoxin. Based on this science, we have strongly recommended that safety measures be enacted for dental procedures involving these silver colored fillings, and we have also intensely advocated for the end of dental amalgam usage.

Clearly, if you want mercury-free, mercury-safe dentistry, you have to stay SMART.