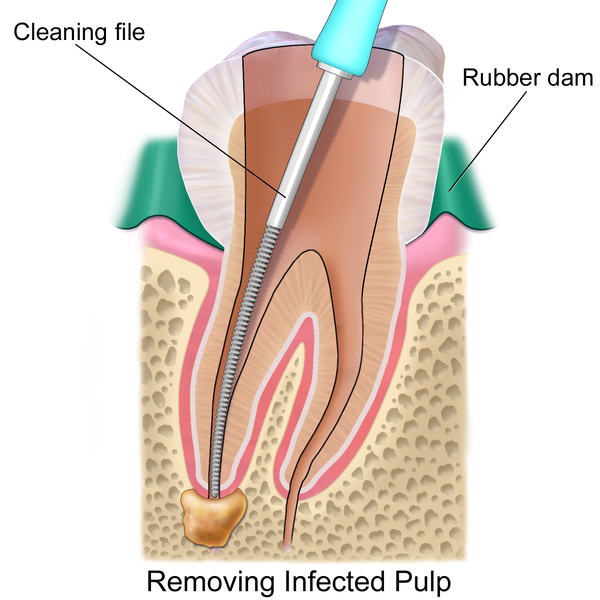 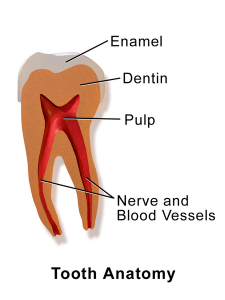 The root canal itself is the area inside each tooth that normally contains living tissue called the pulp, along with many nerves and blood vessels . When this tissue becomes deeply infected, the body will try to keep the infection from spreading into the general circulation by forming an abscess at the end of the roots.

When that happens, options are limited: Pull the tooth or do a root canal.

The procedure starts by removing the pulp and cleaning out the pulp chamber and root canals. The tooth is then filled with a rubbery material called gutta percha. The tooth is sealed and any necessary restoration is placed on top. 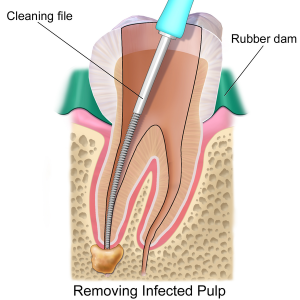 At this point, the tooth is stable. It can be used for chewing and is pain-free, since all the nerves have been removed.

But that doesn’t mean that nothing is happening inside – not if bacteria have been left behind.

It’s extremely difficult to completely remove all bacteria during the procedure, even when using ozone. The canals taper and can curve. There may also be accessory canals branching off the main canals. The files used for cleaning may not be able to reach all these areas.

Additionally, each tooth contains about three miles of microscopic tubules that form the tissue between the pulp and enamel – perfect hideouts for harmful bacteria to thrive in.

Any pathogens left in the tooth become effectively sealed in at the top. Yet because the tooth is still connected to the blood supply at the root, they also have an escape route into the general circulation.

Over 53 different species of bacteria are commonly found in root canal treated teeth. Five of the most common are known to have harmful systemic effects:

Porphyromonas gingivalis: Destroys red blood cells by drilling holes (porins) in them, causing the cell to “bleed to death.” Low red cell counts that do not recover after dental revision are frequently responding to the porin activity of this microbe. P. gingivalis also alters the integrity of the endothelial lining of blood vessels, which leads to inflammation and bleeding in the inner lining of blood vessels. This is the key step in formation of atherogenesis that leads to heart attacks. P. gingivalis can change friendly bacteria into pathogens.

So back to the new study we mentioned, which used various methods to look for bacterial infections in root canal treated teeth in patients suffering from various systemic diseases. These included x-ray detection of root tip inflammation, the presence of hydrogen sulfide associated with bacterial growth, and the detection of immunological responses to these bacterial toxins.

The authors found that patients with systemic health problems were up to three times more likely to have infected root canals than healthy patients. More than 40% of those with systemic illness “showed immunological disturbance as a result of root-filled teeth.”

In summary, the data demonstrates that local pathologies caused by endodontically treated teeth may increase immunological and systemic dysfunction.

To learn even more about the concerns about root canal teeth – and what to do about them – see our previous posts here and here and here.