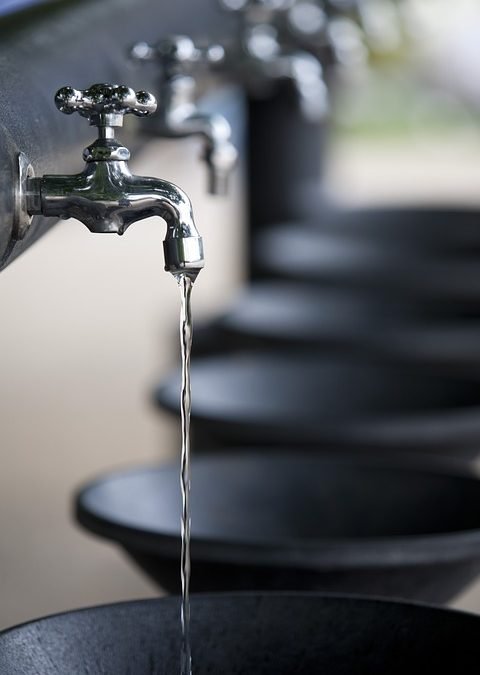 Is your tap water safe to drink? Does it contain lead or other heavy metals or toxins? Situations like the one in Flint, Michigan have people increasingly concerned.

A new tap water study shows that kids who drink tap water have higher lead levels but less tooth decay. The authors contend that this is because those who don’t drink tap water must not be getting enough fluoride.

This, in fact, seems to be their overriding concern – that the fear of lead in the water supply may cause people to avoid tap water.

Less tap water means less fluoride, which means, in their opinion, more tooth decay. About 2/3 of the US population gets fluoridated water.

“Community water fluoridation benefits all people, irrespective of their income or ability to obtain routine dental care,” stated study co-author Gary Slade, BDSc, PhD, in a press release accompanying the survey results. “Yet we jeopardize this public good when people have any reason to believe their drinking water is unsafe.”

So goes the party line. But there are some problems here.

Other factors may have been at work, after all. For example, it’s possible that those who don’t drink tap water drink more sugary or acidic beverages – soda, say, or fruit juice or energy drinks. Of course they would have more cavities, but not because of a fluoride deficiency.

But more: Just as lead in water is a health concern, so is fluoride. We’ve addressed this before.

These days, in fact, too much fluoride may be more of a concern than not enough. Fluoride is everywhere: in toothpastes, mouthwashes, and dental floss; in bottled drinks and processed foods; in public drinking water.

Yet it’s been established that most of fluoride’s potential benefit comes from topical application, not swallowing it. What gets beyond the surface of the teeth does little good but with significant potential to harm.

Too much fluoride can cause dental and skeletal fluorosis. Mild cases of dental fluorosis cause brown discoloration of the teeth. More severe cases cause worse stains, as well as erosion and pitting of tooth enamel. Skeletal fluorosis causes fractures, joint pain, and osteosclerosis, a condition resulting in abnormal bond hardening and increased bone density.

Too much fluoride can also cause hypothyroidism, messing up your metabolism, hormone balance, sleep, emotions, and more in the process. Fluoride also hurts your brain and nervous system. High levels are known to have neurotoxic activity. One recent study we told you about showed that babies born to women taking fluoride supplements during pregnancy had lower IQ scores.

A final concern is that water fluoridation may actually make lead contamination worse. Though the metal isn’t used as much in plumbing as it once was, many still get their water through aging systems.

A 2007 paper in Neurotoxicology reported that when combined with other water purification chemicals, fluoride increased the amount of lead leached from the plumbing of water supply systems. According to one of the study’s authors,

Tests showed lead levels three and four times higher in water with that combination of chemicals …About 500 systems, across the country, have switched to chloramine treatment [to purify water] since 2001…and most also use fluorosilicic acid.

The combination of chloramine with fluorosilicic acid had especially strong lead leaching activity.

For now, the solution is to either opt for bottled spring water or filter what you get from the tap. Either will help you avoid fluoride and lead, along with other contaminants. You can learn more about what to look for here.