The Benefit of Adding Some Mushrooms to Your Diet 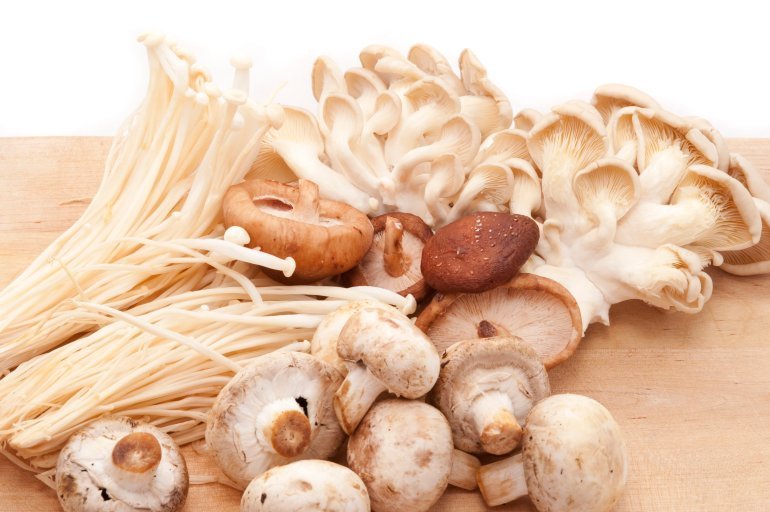 Mushrooms are pretty amazing, from how they grow –

– to the nutritional boost they can offer, as emphasized by new research published last month in Food Science & Nutrition. The study shows that simply adding a small serving to your diet each day – 84 grams, or about 5 medium white or brown mushrooms – delivers some important micronutrients that many folks just don’t get enough of.

The researchers relied on dietary intake data from three cycles of the National Health and Nutrition Examination Survey (NHANES) done between 2011 and 2016. They also looked at three “mushroom profiles”: a 1:1:1 combo of white, crimini (brown), and portabella mushrooms; that same combo exposed to UV light to raise its vitamin D content; and oyster mushrooms.

Then they analyzed their impact on overall nutrient intake.

While all of these are important to whole body health, a few are especially key to oral health in particular. Potassium, for one, supports good bone health, including – of course – the bone that supports your teeth. It also works with magnesium to keep your blood from becoming too acidic, which can lead to calcium loss from teeth and bones alike.

Meantime, the B vitamins – riboflavin (B2) and niacin (B3) – support the health of your gums and other soft tissues in your mouth.

Other key oral health micronutrient levels that mushrooms may help lift include phosphorus (for strong teeth), zinc (for preventing decay), and the mother of all antioxidants, glutathione (for healthy gums). While mushrooms in general boosted glutathione intake, the oyster mushrooms delivered more than 3 times the amount of the 1;1:1 combo. 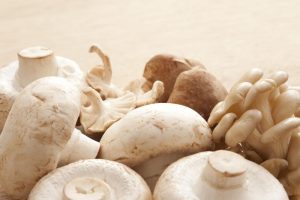 And then there’s vitamin D.

Mushrooms are one of just a few foods with naturally occurring vitamin D – and the only one you’ll find in the produce section. Like potassium, D boosts bone mineral density, yet it also helps your body absorb calcium and supports good immune function. While adding a serving of oyster mushrooms was found to raise vitamin D levels by 8 to 11%, adding a serving of those exposed to UV light boosted D anywhere from 67 to 90%.

The study shows that when commonly consumed mushrooms are exposed to UV-light to provide 5 mcg vitamin D per serving, vitamin D intake could meet and slightly exceed the recommended daily value (98% – 104%) for both the 9 -18 year and 19+ year groups as well as decrease inadequacy of this shortfall nutrient in the population. In addition, a serving of UV-light exposed commonly consumed mushrooms decreased population inadequacy for vitamin D from 95.3% to 52.8% for age group 9-18 years and from 94.9% to 63.6% for age group 19+ years.

There’s one important caveat to this study, however, and that’s the fact that it was funded by the Mushroom Council, a trade group, and both of its authors have industry ties.

But unlike, say, a study funded by the National Confectioners Association concluding that eating candy won’t harm kids’ health – and, yes, just such a study exists – these findings actually jibe with what we already know about the health benefits of mushrooms, particularly with respect to inflammatory diseases, which run the gamut from gum disease to cancer.

The great thing is that mushrooms are an incredibly versatile food, too. They can be eaten cooked or raw, as a side dish or a main, with meat or instead of it. They’re a great way to add umami to a dish, too – that savory burst of flavor that can make a meal taste more satisfying and complete, while also reducing the need for so much salt.

Here are a few good collections of cooking tips and recipes we’ve found to help you start imagining the possibilities for your own kitchen (and get your mouth watering):