The Role of Your Gut (Yes, Your Gut) in Gum Disease 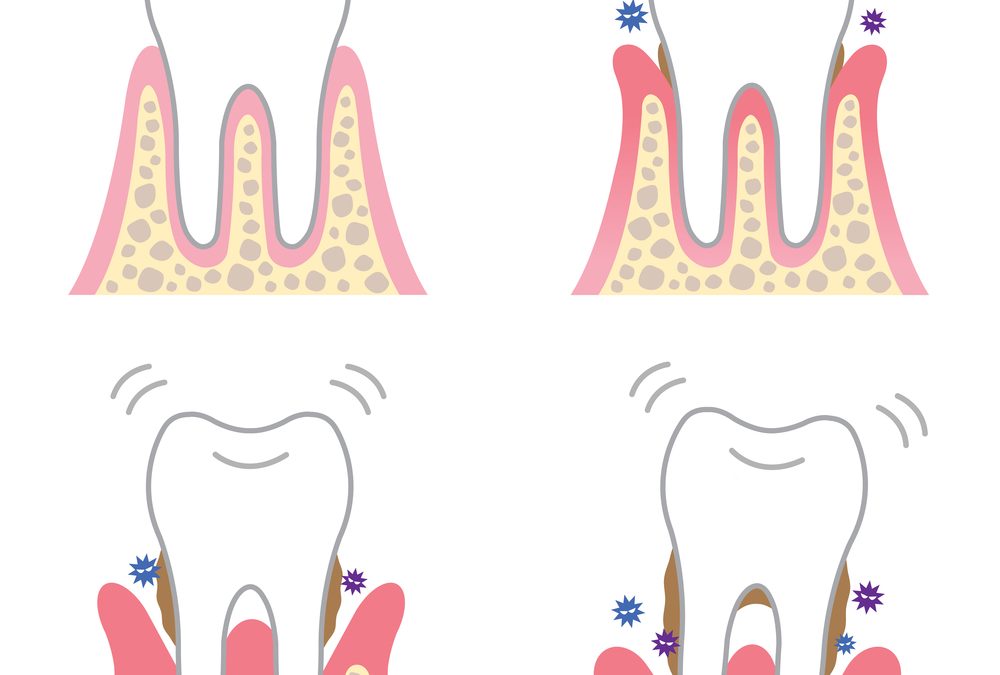 The benefit also comes from keeping your gut healthy – a point that’s been growing clearer and clearer as scientists have continued to unravel the mysteries of the gut microbiome, especially when it comes to periodontal (gum) health.

Recently, a team of Chinese researchers published their review of studies involving the relationship between gut health and periodontitis. This is the severe form of gum disease that destroys both the soft gum tissue and the harder tissues below it, including the alveolar bone that supports the teeth. Left untreated, periodontitis ultimately leads to tooth loss.

All together, the evidence suggests that microbes from the gut may play a role in this disease process – and may do so in a number of ways, according to this latest review.

For one, harmful bacteria or byproducts with the potential to damage bone may make their way from the gut to the jaws via the circulatory system. Or they may trigger immune responses that have residual effects on the jawbone (not to mention other organs). Gut dysbiosis also fuels chronic inflammation, which can aggravate gum disease. Hormonal factors may play a role, as well.

Noting that bone loss is a common complication of irritable bowel disease (IBD), researchers studied alveolar bone health in two sets of mice – a control group of wild-type mice and a study group of IL-10 knockout mice, commonly used to study IBD. (In humans and mice alike, IL-10 is an immunoregulatory cytokine that plays a key role in regulating gut inflammation.)

Both periodontal and gut inflammation were evaluated in all mice, along with other key markers for assessing inflammation.

Compared to the control group, the IL-10 knockout group showed significant alveolar bone loss that correlated with gut inflammation, even though there were no significant inflammatory differences in the periodontal tissues. The IL-10 mice also had destroyed intestinal barriers and higher serum levels of inflammatory factors.

spontaneously occurred in IL-10–/– mice and was correlated more with inflammation of the intestine than periodontium. Immunopathological changes may be the potential cause of abnormal alveolar bone metabolism.

Just one more reason why the proper care and feeding of your body matters so very much – to oral health and whole body health alike.