Vaping E-Cigs May Have Your Kid Smoking in No Time 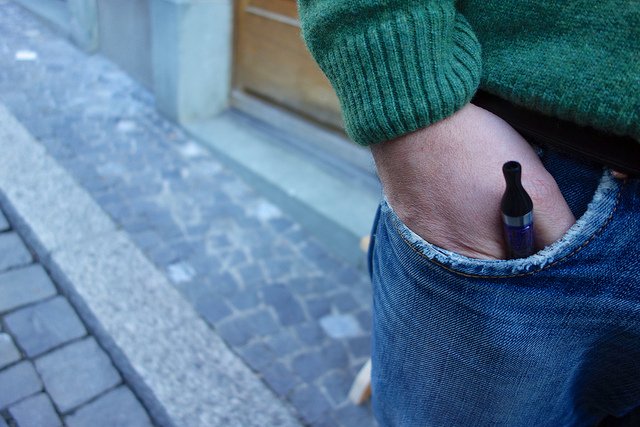 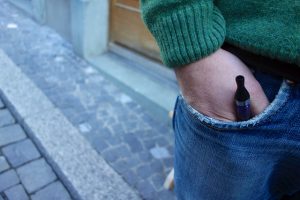 Lots of folks think that vaping is safer than smoking. It’s not. And if the findings of a new study are correct, it may also pave the way for teenagers to move on to regular cigarettes in adulthood.

The study, published in Pediatrics, focused on high school juniors and seniors – 152 who had never smoked a regular or e-cigarette and 146 teens who had smoked e-cigarettes but not regular cigarettes. All were followed up after the age of 18, the age when they could purchase regular, combustible cigarettes themselves.

In the end, the authors found that 36% of e-cigarette users ended up smoking regular cigarettes, while only 6% of the never-smoker, never-vaper group did. Their conclusion?

E-cigarette use is a clear and consistent indicator of likelihood of subsequent initiation of cigarette and other combustible tobacco product use at ages spanning from early adolescence through emerging adulthood.

As parents and members of the community, we need to not only understand the role e-cigarettes play in introducing our children to regular cigarettes, but the potential costs.

From a dental perspective, all smoking is a nightmare. It is the number one risk factor for periodontal (gum) disease – an infection of the gums that can lead to tooth loss. It is a closely tied to other chronic diseases of inflammation including, diabetes, heart disease, stroke, and cancer.

All gum disease starts with bacteria that stick under gum tissue and harden if left unchecked. This hard plaque, calculus, spurs gum disease by first creating inflammation, then advancing to actually pull tissue away from the gums. The pocketing this creates harbors infection. Left untreated, this infection can cause seriously bad breath as it breaks down the bone and tissues further, which results in tooth loss.

What role does smoking play in all this? For one, it weakens the body’s immune system. A weakened immune system makes it harder to heal. That’s why smokers not only have twice the risk of gum disease compared to non-smokers; treatment for gum disease will be less effective.

In addition to gum disease, smoking causes head, neck, and mouth cancers. Whether in the upper throat, lip, larynx, mouth, throat, esophagus, these cancers are particularly disfiguring and dangerous because, often, they go unnoticed until well advanced.

Missouri has the sixth highest smoking rate in the US. We know the costs of this habit are staggering. In Missouri alone, over 30,000 people die every year from smoking related consequences, with female deaths equal to those of males. While the loss of human life is the greatest price someone can pay, the illnesses contributing to these deaths drive up health care costs for all.

While we can expect more studies on the link between e-cigarettes and regular cigarettes, we should be talking with our kids about their potential for an increased risk of disease. All forms of smoking are detrimental. But unlike other forms, young people are specifically targeted and manipulated by e-cigarette manufacturers.

Sadly, once onboard, these teens may likely be inhaling something until they no longer can.