Vaping & the Microbes in Your Mouth 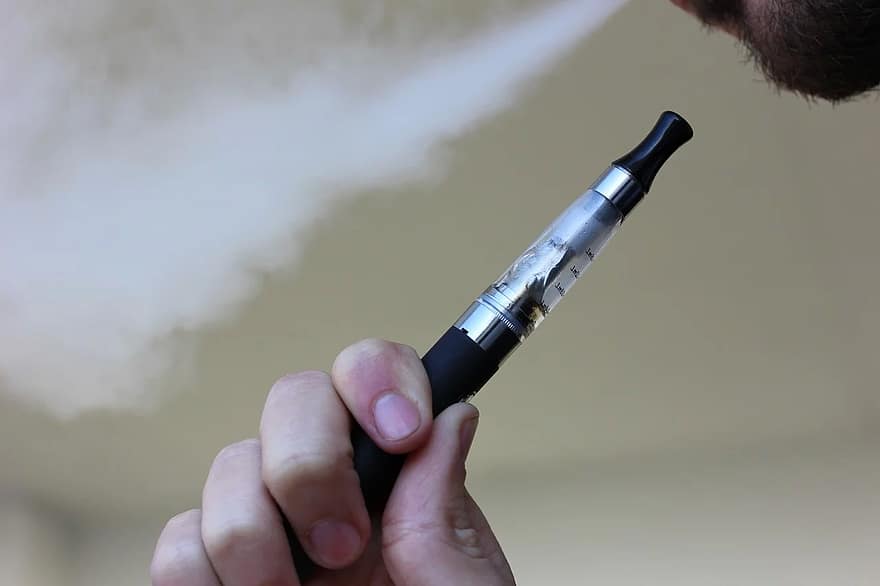 A new study has added yet more evidence that vaping changes the oral microbiome – and not for the better.

“The oral microbiome is of interest to us because research shows that changes in its microbial community as a result of environmental and host factors contribute to a range of health issues, including cavities, gum disease, halitosis, and medical conditions such as diabetes, cardiovascular disease, and cancers,” said Deepak Saxena, PhD, professor of basic science and craniofacial biology at NYU College of Dentistry and the study’s co-senior author.

The study included 119 participants. Some smoked, some didn’t, and others used e-cigarettes. All underwent oral exams and gave saliva samples that were analyzed with 16S rRNA high throughput sequencing.

The researchers found that e-cigarette users had significantly different microbial communities than members of the other two groups. For one, they had higher levels of Porphyromonas and Veillonella bacteria, both of which are involved in gum disease.

Of course, scientific evidence is one thing. But sometimes it takes real world examples will drive the point home.

One patient of a general dental practice had a caries-free history for 35 years. He ceased smoking traditional cigarettes and decided to vape as he thought this was a healthier alternative. Within a year, cervical enamel demineralization and interproximal lesions were present on the mandibular anterior sextant [just behind the lower front teeth], consistent with the primary point of contact of the e-liquid aerosol (figure 2). 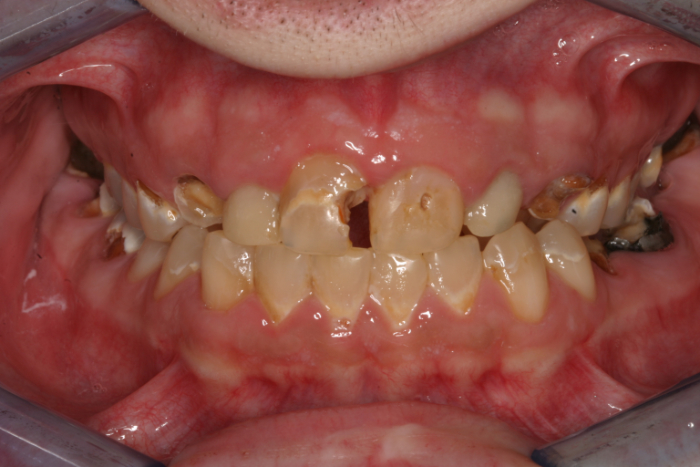 In another example, a young patient had been using e-cigarettes for five years. He started vaping as a method to quit smoking traditional tobacco products thinking vaping was a healthy alternative. Because of its ease of use, he smoked a cartridge of one of the more popular vaping products a day. Admittedly, he also drank energy drinks (high sugar content), stating that his mouth was often dry after vaping. This combination led to rampant decay with smooth-surface lesions and future tooth loss.

Yet there are those that still insist this is a “healthier” option.