Your Gums, Your Lungs, Your Heart 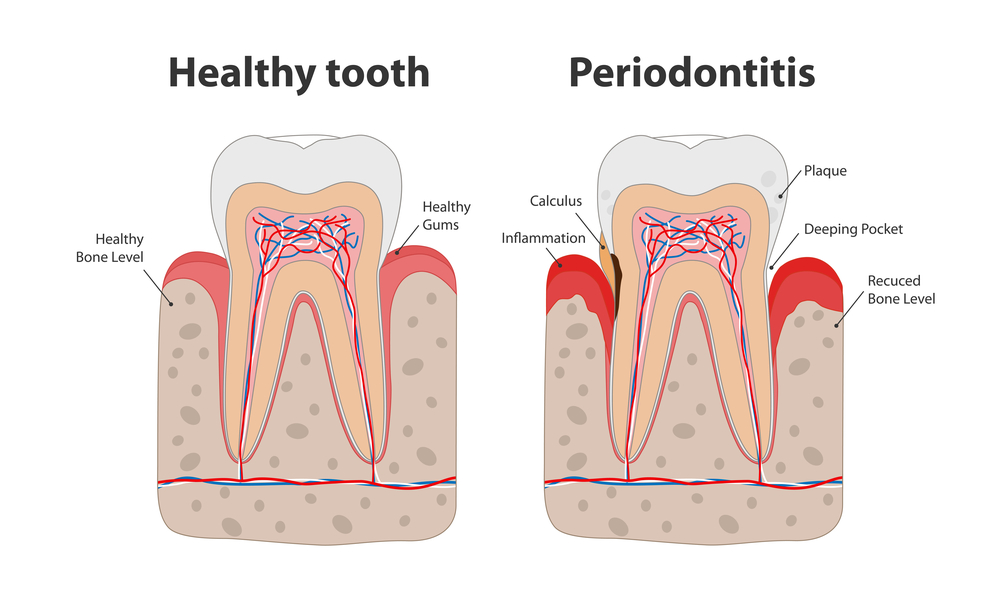 One common reason you hear from people about why they don’t floss is that it makes their gums bleed. Yet those bleeding gums are actually a sign that they should be flossing more. They’re a telltale sign of gum disease.

Not only does this raise the risk of eventually losing teeth. (Yes, tooth loss is one of the consequences of uncontrolled gum disease.) It raises the risk of some serious systemic health problems, as well. Scientific research bears this out.

One of the most recent studies – on the relationship between gum health and lung health – was presented last month at EuroPerio10.

The study involved just over a thousand patients. Each had a dental exam that included x-rays and a close evaluation of their periodontal health. Just over a third were diagnosed with periodontitis, the advanced form of gum disease in which bone loss occurs. Most cases were moderate, but 7% were severe.

Two measures of lung function were also taken for each patient.

After crunching the numbers, the research team found that lung function declined as periodontitis worsened – even after they adjusted for age, sex, smoking, diabetes, and other variables that can affect gum health.

In addition, as gum inflammation became more widespread throughout the mouth, some of the respiratory values tended to worsen. A decline in lung function may indicate airway inflammation, possibly originating from inflamed gums and the inhalation of dental plaque, which contains bacteria. If this link between gum disease and lung function is confirmed, this could provide the rationale for periodontal treatment and oral hygiene programs to improve oral and respiratory health.

Another new study, just published in JACC: Heart Failure, shed more light on the link between periodontal and heart health.

Here, researchers analyzed data from over 6700 participants in the ARIC (Atherosclerosis Risk In Communities) study who had received full mouth periodontal exams at the fourth visit of the study and follow-up for any incident of heart failure. Almost 60% of the participants had periodontal disease, while 18% no longer had any teeth and 23% had healthy gums.

By 2018, roughly one in five of all participants developed heart failure, but that development was much more likely in patients with gum disease. Those with no teeth had approximately double the risk.

And these are just two of the links between periodontal and overall health. Your risk of diabetes, stroke, heart disease, chronic kidney disease, rheumatoid arthritis, cognitive decline, mental health issues, and some cancers likewise go up as gum disease worsens.

As we’ve noted before, diet and nutrition go a long way toward improving gum health – even without changing your oral hygiene routine. Imagine how much more improvement you could get by amping up hygiene. Along with keeping your regular dental visits for professional cleanings, making sure you floss as well as brush is the start of it.

And if you don’t like to floss? There are alternatives. Try interdental brushes (soft picks) or an oral irrigator (Waterpik). The main thing is that you clean between your teeth and along the gumline every day.

Want to enhance it even more? Add oil pulling to your routine or applying ozonated oil to your gums. If you use an irrigator, add herbal tonics to the water in your device’s reservoir.

The best way to keep your gums from bleeding? Just take good care of them.